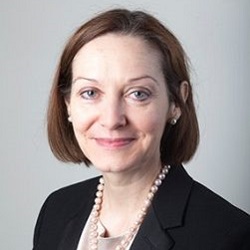 O’Farrell: Company did not identify an arguable case

The High Court has refused to grant an injunction to a lawtech start-up so that it can gain immediate access to the software, source code and other documents necessary to complete its divorce service.

Transparently Ltd has estimated its losses from the dispute at over £22m.

It is a family law client and communications management platform that links legal and other support professionals to their clients.

We profiled co-founder Becki Cassia last year after she was one of three women in law among the winners of Innovate UK’s Women in Innovation awards.

They entered into a software development agreement (SDA) with a total value of £339,600 and then a conditional equity purchase agreement (CEPA), under which Transparently would allot shares worth £139,570 in consideration of discounts applied to each invoice, paying the rest of the contract price in cash.

Transparently argued that the product delivered by GCV was “incomplete, late and defective”.

GCV disputed this, arguing that Transparently had required changes to the software during the project, significantly increasing the work beyond the agreed project scope, but was not prepared to pay more.

GCV stopped work on the project in spring 2021 and Transparently terminated the SDA a few months later, alleging material breach of the contract, repeated breaches or repudiation at common law.

Transparently said it had paid in full the contract cash price of £200,030.

GCV argued that terminating the SDA triggered a completion pursuant to the CEPA, which meant the shares had to be issued and allotted.

Transparently estimated its lost revenue resulting from delay to the platform at £2.8m and future loss of profits at over £19m. Works to rectify the system were estimated at £337,500 and internal costs at £145,500.

Mrs Justice O’Farrell ruled that, in seeking an interim injunction, Transparently had not “identified an arguable case” that it was entitled to delivery up of the software, to satisfy the court that there was a “serious issue to be tried”.

Rather, the terms of the two agreements suggested that GCV had “much the better argument”.

Further, Transparently had produced “incomplete and unsatisfactory evidence as to its financial position and its ability to raise funds, so as to demonstrate that it would collapse if the injunction were refused”.

Instead, it had shown that it could quantify its loss so as to support a claim for damages by way of compensation, meaning that damages would be an adequate remedy if the injunction was not granted and the claim succeeded at trial.

However, the “limited financial information produced by Transparently indicates that it would not have funds to satisfy any award of damages to GCV”.

This meant that damages would not be an adequate remedy for GCV if the injunction was granted and the software company succeeded at trial.

Thirdly, the judge said, GCV had a “simple” alternative to an injunction: Transparently should issue the shares “in return for which it will obtain the software, code and documents that will allow it to raise further funds and complete what it anticipates will be a very profitable project”.

O’Farrell J concluded that “the least risk of injustice in this case lies in refusing the interim relief sought”.