Family law solicitors and barristers at war over advocacy competence 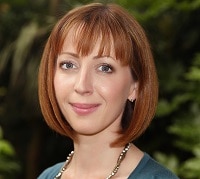 Edwards: counsel not superior to solicitor-advocates

Barristers’ complaints about the quality of solicitor-advocates in family law cases are really about concerns over falling workloads, solicitors have said.

Law Society president Jonathan Smithers said it was “regrettable” that a “vested interest in its members’ market share has led to the family Bar denigrating solicitor colleagues under the guise of a concern for quality”.

Both Mr Smithers and Jo Edwards, chair of family solicitors’ group Resolution, have written to justice minister Shailesh Vara in the wake of the letter to him from the Bar Council and Family Law Bar Association (FLBA).

Ms Edwards said there was no evidence that a review of advocacy in publicly funded family cases – as the barristers have demanded – was necessary.

“To the extent there is any issue over the quality of family advocacy, whether at the Bar or among solicitors, it is best addressed through training and accreditation, which Resolution already offers, and which we have suggested we offer jointly with the FLBA.”

Ms Edwards continued: “We are aware that the FLBA has had concerns around advocacy in publicly funded family cases. However, from the discussions we and other representative bodies have had with them, it is clear their main concerns are surrounding the declining market in advocacy work since LASPO, and whether this work will fall to solicitors or barristers. For this now to be expressed as a concern about quality changes the nature of that debate.”

Mr Smithers argued that clients often preferred solicitor-advocates to barristers “because they can rely on the solicitor who conducts their case from the outset to represent them in court, rather than risk a barrister having a clash of case and being unable to represent the client at the last minute, as sometimes happens”.

Ms Edwards said that whilst more counsel may have been briefed in care cases pre-LASPO, “this was dictated by work levels and market forces, not a tacit acceptance that the advocacy services offered by counsel were somehow superior to those offered by solicitor-advocates”.

Resolution countered the anecdotal evidence offered by the barristers with its own. “Our own anecdotal reports from our members, including barristers and leading judges, do not suggest that the concerns expressed by the FLBA and Bar Council are widespread.”

Ms Edwards said: “We are aware that the FLBA conducted a survey of its members earlier this year; we have not seen the results. The questions were framed in such a way as to elicit examples of poor solicitor advocacy, rather than ascertaining whether members perceive there to be a problem with quality.

“We also understand that the FLBA received relatively few responses to their survey – fewer than 100 – which, set against the backdrop of nearly 30,000 care cases that took place last year, is not a figure that suggests widespread dissatisfaction.”