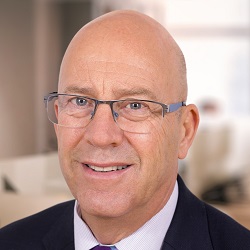 The founder of the latest firm to move to employee ownership said his decision was inspired by the co-operative movement as it aims to become the largest family law practice in the country.

Simon Leach has transferred 75% of his shares in Family Law Group to an employee ownership trust (EOT).

He said the firm’s commitment to legal aid and being “open to all” would remain as it moved from a regional to a “national identity” over the next five years.

Family Law Group currently has 10 offices and 130 staff based in central England, including towns such as Nottingham, Derby, Peterborough, Cambridge and Milton Keynes.

Mr Leach said the firm aimed to increase this to 15 offices and recruit a further 100 staff over the next five years, mainly through organic growth, to become the largest family practice in the country.

He did not rule out mergers or acquisitions “out of hand” but said any firm involved would need “the right culture”.

Mr Leach founded the firm in 2005 and is the major shareholder. He said the move to an EOT was not driven by succession planning, as he had “no date” for his retirement, nor was it related to the pandemic.

Instead, it was a way of involving staff in the business, so they became an “integral part” and felt valued.

“I come from an area where the co-operative movement in strong, and I believe that worker involvement in a business is good and this is an equitable way to do things.”

He said there would be no change to the firm’s management team, where he is joined by fellow directors Paula Bloomfield and Daniel Cooper, though all of its decisions would be overseen by the EOT.

Mr Leach said the decision to transfer 75% of the business to the EOT was taken “very much on advice”. The ultimate goal was for 100% to be transferred, but that would not happen until his retirement.

He said Family Law Group was “quite unique in what we offer”, whether it was mediation, care proceedings, disputes involving children or financial remedies, because it was a specialist firm which did legal aid work.

As part of the expansion plans, the firm will set up a national telephone advice line.

He said the intention was to appoint new directors over the next 18 months.

Mr Leach said the family courts were “creaking” before the pandemic and the situation now was “very worrying”.

He went on: “We’ve dealt with a lot of emergencies during the pandemic, whether they are about children being taken into care or domestic abuse.

“It’s taking quite a long time for courts to list cases and for outcomes, and the delays are having an impact on family justice. There needs to be a significant increase in resources, even on a temporary basis.

“It can’t be right to have to wait eight months for a final hearing. People need to move on and get on with their lives.”

Deb Oxley, chief executive of the Employee Ownership Association, said the move would help Family Law Group keep its values and independence for the longer term.

“Businesses that give employees a stake and a say, build trust and shared responsibility, therefore uniting leaders and employees behind a common purpose.”