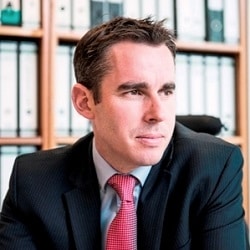 The Law Commission’s funding model is to be reviewed to address concerns about a lack of independence from government, following a review of its operations.

It has also been urged to work harder on influencing ministers, parliamentarians and civil servants to take up its recommendations.

Among the Law Commission’s current projects are some with direct impact on the legal profession, such as enabling electronic wills and reviewing anti-money laundering legislation, while it is part of the Accord Project, which is looking to create a legal and technical framework for smart legal contracts.

The Ministry of Justice’s (MoJ) tailored review [1] of the Law Commission found that its work was both needed and effectively delivered, offering excellent value for money.

This was against a background of a falling budget provided by the MoJ.

In order to offset this reduction, the Law Commission has had to supplement its core funding by charging government departments for projects it undertakes on their behalf.

The review explained: “This revised funding model not only addressed the need for all parts of government and its public bodies to reduce cost, but was intended by the MoJ to ensure that the Law Commission was incentivised to focus on areas of law reform which would be implemented by the relevant government department.”

Some 93% of the Law Commission’s spending relates to staffing costs – it has 57.4 full-time equivalents – but having restructured its corporate services team, further savings would have to come from reducing the number of legal staff, the review said.

“This would impact its ability to undertake income-generating projects and would likely impact the performance and effectiveness of the organisation as a whole. Furthermore, the consensus among stakeholders interviewed was that the expertise of the commission’s legal staff is its key asset.”

However, it reported the commission’s concerns around the stability and robustness of the new funding model.

“There is some uncertainty around how the Law Commission will generate sufficient income to meet its planned programme and expenditure each year, especially at a time when resources are limited across government and departments may be less likely to commit to paying for Law Commission services…

“There is the perception that the current funding model is incentivising the Law Commission away from pursuing those projects of most importance and towards those which are the most able to pay.”

Given that the Law Commission was required to submit programmes of law reform to the Lord Chancellor for approval prior to commencement, the government has always had “some degree of influence” over its work, the review noted.

“Nevertheless, it is important that the Law Commission continues to operate independently and a careful balance between efficiency and independence needs to be maintained.

“As such, further work should be done by both the MoJ and the Law Commission to determine whether the current funding model continues to be appropriate, whether changes could be made to improve its stability and robustness, and to remove any perception of a lack of independence.”

To date, the Law Commission has an implementation rate of its recommendations of 66%, with only three reports rejected in the last 15 years.

“A key factor impacting the implementation rate is the parliamentary timetable which, at the time of writing, is largely occupied with EU exit legislation; this is outside of the Law Commission’s control,” the review said.

“There are, however, some measures that the Law Commission can be taking to increase the likelihood of government departments or parliamentarians taking forward draft legislation.

“For example, by networking and building closer relationships with parliamentarians, policy colleagues and ministers, the commission may be able to find alternative ways to pass legislation outside of the normal departmental route, such as private members’ bills, inclusion in complementary bills or by building consensus around their existing special procedure process.

“This would need to be done carefully to ensure that the Commission’s independence is not impacted.”

The review recommended that the Law Commission consider drafting internal guidance to support this, as well as including it as a requirement in the job descriptions of the chair and commissioners.

Phil Golding, CEO of the Law Commission, said: “This tailored review is testament to the high-quality work which takes place here day in, day out, and it recognises the extraordinary contribution our staff make to ensuring the law is modern and effective.

“It also highlights the need for the commission to be placed on a surer footing in the future and I look forward to working closely with MoJ and wider government to bring that about.”