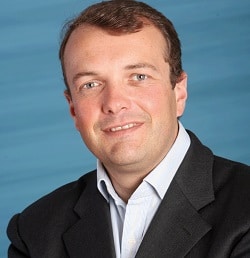 The transformation of AIM-listed Fairpoint Group into a legal services business continued apace in the first six months of 2016, its half-year results showed yesterday.

Revenue increased by 24% to £28.3m in the period, of which £21.5m was from legal services, nearly twice as much as a year before. Profits were steady at £4m. The group said it expected a similar performance in the second half.

Organic growth of legal services revenue was put at 4%, and they generated £3.1m of the profit. Legal services now account for 76% of Fairpoint’s income, compared to 49% at the same point in 2015.

A breakdown of income by work showed a balanced practice. Family & personal and complex litigation services each made up 19% of the total, with holiday work and Fairpoint’s legal processing centre (which deals with volume matters) 18% and 17% respectively. Clinical negligence – the only area of practice to record a lower turnover than in 2015 – brought in 11% of turnover, with conveyancing and business services 8% each.

Fairpont’s once-core debt solutions business saw revenues fall from £11.6m to £6.9m, due to “adverse market conditions”. In July, Fairpoint announced that it would be leaving the debt management plan market due to regulatory changes, while it has also halted marketing its individual voluntary arrangement services.

The company’s net debt tripled to £15.6m, which it said reflecting the £11m it spent on legal services acquisitions during 2015. But it told investors that its £25m facility with AIB Group (UK) plc meant the group has the “financing headroom to fund its future activities”.

The stock exchange announcement said the majority of legal services were trading “in line with expectations”, although conveyancing volumes had been hit by the slowdown in housing market transactions and the impact of Brexit, which led to a fall in mortgage approvals.

It said: “The acquisition of Simpson Millar in June 2014 and the subsequent acquisition of Colemans in August 2015 provide a significant platform from which the group can deploy its core skill of applying process to professional services.

“The group continues to invest in software and IT infrastructure in the legal services segment where further organic growth is planned and where the group remains open to acquisition opportunities which would complement the group’s existing legal services business.”

Fairpoint said that during the first half of 2016, as part of its “mission to make law more accessible to consumers”, it has defined a pricing tariff for over 70 legal products, “which will enable us to communicate a price point for a fixed schedule of services at the outset”.

It also acquired Abney Garsden, a market-leading practice specialising in child abuse cases, and has stepped up its marketing efforts significantly.

“The scale and fragmented nature of this marketplace presents a significant opportunity for Fairpoint to deploy its core skill of applying process to a professional service, and thereby create a structural competitive advantage relative to existing market incumbents.”