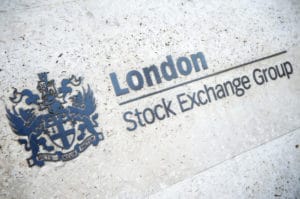 Shares in Fairpoint Group have been temporarily suspended after its bank pulled its backing for the legal services business.

The company said that because AIB Group (UK) plc was unwilling to provide the level of on-going support it had requested, it was unable to sign-off the audit of its 2016 annual report and accounts.

As a result, Fairpoint will not be in a position to publish them by 30 June 2017 as required by the AIM rules.

In a statement, it said: “The company is currently participating in discussions with alternative providers of finance who may wish to provide support to the company’s businesses. Further announcements will be made in due course.”

Fairpoint’s shares have been on the decline for some time – from a high of almost 200p in late 2015, they fell steadily for a year before crashing last December following a profits warning and restructuring plan. They have been suspended at just 10p.

Fairpoint has evolved rapidly from a debt management specialist to a legal services business since buying Simpson Millar in June 2014, since when it has bought niche family firm Foster & Partners, Manchester practice Colemans-ctts, and south Manchester firm Abney Garsden.

In a trading update in March – ahead of what was supposed to be publication of its full 2016 results in late April – Fairpoint told investors that they would not see the benefits of its restructuring until 2018 as it warned that performance this year would drop.

It said its 2016 revenue from legal services revenues jumped 32% to £41.8m as a result of the full-year benefit of the Colemans acquisition in August 2015 – putting it around 70th in the list of the country’s law firms by revenue – but that they were likely to dip 15% this year.