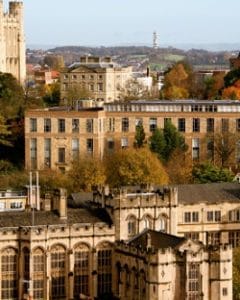 Bristol: Number plate owner had never been there

The director of an accident claims company has been fined for inventing a crash in order to trace the owner of a private number plate he wanted to buy.

Miles Savory, 40, a director of Bristol-based Accident Claims Handlers (ACH), sent official forms to the DVLA requesting the identity of the registered keeper of a 4×4 which he claimed had been involved in a collision in the city.

The owner of the 4×4 subsequently received a letter at his home from Mr Savory, offering to buy his private registration plate, W1 DOW. He complained to the DVLA and an internal investigation revealed that Mr Savory had used subterfuge in order to obtain his name and address.

The owner of the plate lived in Huddersfield and said he had never been to Bristol in his life. Police cameras confirmed the vehicle was not in the area at the time of the alleged crash. The DVLA reported the matter to the Information Commissioner’s Office (ICO).

Mr Savory admitted a charge of breaching section 55 of the Data Protection Act 1998 by unlawfully obtaining personal data when he appeared at Bristol Magistrates’ Court.

ICO head of enforcement Steve Eckersley said: “This was an unusual case in many ways, but one which demonstrates the lengths some people will go to in order to get hold of personal information.

“Unlawfully obtaining people’s personal data is a criminal offence and the ICO will not hesitate to take action through the courts to uphold the law and protect people’s rights.”

ACH used to be a regulated claims management company but surrendered its licence in 2015.