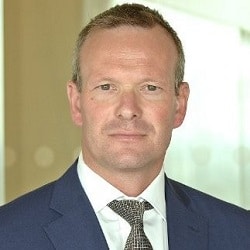 Price: People are underestimating what the Big Four can bring to a model like Riverview

Riverview Law is set for a huge global expansion over the next five years once EY completes its acquisition, the partner who is to head the new business has said.

Chris Price, EY global head of alliances – tax, told Legal Futures that the plan was to increase staff numbers from 100 to 3,000.

The deal was unveiled last week and Mr Price is to become chief executive of EY Riverview.

He said EY’s major service centre in Bangalore – which is also EY’s centre for artificial intelligence and robotic process automation – would be involved “straight away so they can help us understand what further cost benefits they can bring to Riverview model”.

The plan is to use the UK as the base for the expansion, building out from the current Riverview headquarters on the Wirral to other places in the UK, although Mr Price said Brexit might mean EY needs a continental European centre as well.

There will also be centres globally to provide a 24/7 service, with the US a particular target.

Riverview has a strong internal culture driven by its chief executive Karl Chapman, and Mr Price said maintaining this was a key concern of staff.

“I don’t think that the EY and Riverview cultures are actually that far apart,” he said. “It was one of the reasons we were attracted to them. We both have a heavy emphasis on ‘teaming’, client service and entrepreneurialism.”

He explained that Riverview would retain “ownership” of the culture, while the way EY has structured the deal – as a collaborative purchase by seven of its European businesses – meant that it would not be absorbed by any one part.

“If the UK firm had bought it, for example, it would have been a case of ‘when do we fully integrate it into EY UK?’. This allows Riverview to preserve a degree of autonomy. Staff need to feel they still own the culture. If ever people start to feel we’re deviating from that, they’re free to call us out.”

Mr Price said EY started looking at expanding into the legal managed service market more than a year ago, but found that, outside of the US, there were no “scale players” of note.

Riverview, he said, had done a good job in developing its brand, service delivering model and an “impressive” client base.

More crucial still was that it had a high-quality, fit-for-purpose technology platform – this was the only way “to deliver value year on year” to clients once labour arbitrage was discounted.

EY has not bought the platform – Kim Technologies – but has signed a 10-year contract to use it.

“It gives us security and brings a scaled customer for Kim, but it also preserves flexibility for us – technology changes fast, so locking yourself into single provider for ever more would be brave thing to do.”

Further, Kim has ambitions beyond legal market, meaning it did not want an acquisition. The arrangement “suited both our needs”.

There has been a lot of talk about what the deal says about the Big Four’s ambitions in law.

What Riverview lacked, Mr Price said, was scale and client relationships. “The Big Four can deliver those. We would expect our competitors to come from either combinations of the Big Four and law firms, or the Big Four driving reshaping the market.

“[People] are probably underestimating what the Big Four can bring to a model like Riverview.”

Riverview’s managed legal service targets in-house legal departments’ day-to-day work, which accounts for the large majority of what they do.

Mr Price said EY Law was not looking to compete with the likes of Slaughter and May or Freshfields for the so-called ‘bet the farm’ work – they meet “a particular client need brilliantly well”.

Rather, EY Law’s mandate is to integrate legal with other services offered by the wider firm and target client need that is currently not being met – such as a managed legal service.

Compared to how other functions in big companies, such as HR and finance, are now dealt with, legal has lagged behind, Mr Price said.

Mr Price said: “The market that we’re trying to add something new to is a very conservative one that will find self-driven change quite difficult. You need energy and charisma of someone like Karl to bring about and accelerate that change.”

There has been a lot of comment on the deal, with some lawyers sniffy about the potential for EY and Riverview to compete with them.

“Long may this view continue,” Mr Price said. “Our read of the market is that clients want something different. As long as [those lawyers] fail to see the future and react to it, they’ll be creating a market for us.”