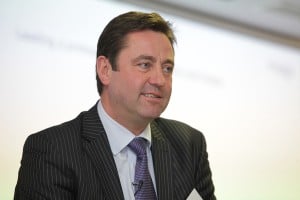 Beech: limited company tax regime “much better” than for LLPs

External investment rather than the number of alternative business structures is the key to changing the legal profession, a former president of the Law Society has said.

Andrew Holroyd, chief executive of QualitySolicitors Jackson Canter, was speaking yesterday – the day his own firm became an ABS.

“ABSs in themselves don’t change the profession,” Mr Holroyd said. “Substantial external investment will change it.”

He said that the majority of investment so far had been internal law firm investment or public investment linked to plc status – in the case of Slater & Gordon or Gateley.

“With a new Conservative government in place, capital investment will accelerate,” Mr Holroyd predicted. “And it will be based on customer service rather than lawyer-focused businesses. The traditional partnership model makes it very difficult to retain investment.”

QS Jackson Canter has 42 solicitors and around 160 staff spread across two offices in Liverpool and one in Manchester.

Mr Holroyd, who was president of the Law Society from 2007 to 2008, said he had no “definite plans” to attract external investment, though becoming an ABS gave “flexibility for the future”.

He said the firm had moved to full corporate status in June 2014, and the decision to become an ABS was partly to “recognise the role” of its new chief operating officer, Brian Cullen.

Meanwhile, Staffordshire firm Knights, well known for its association with and investment from Dragon James Caan, has announced its conversion to a limited company.

The firm became an ABS in January 2013. The firm will continue to trade as Knights, but the ABS which owns it will now be called Knights Professional Services Limited.

“We have significantly increased revenue and profitability which has allowed us to reinvest in the business to fund new technology, recruitment and acquisitions, as part of our continued growth,” said chief executive David Beech.

“When retaining profits, the tax regime for a limited company is much better than for LLPs, allowing more cash to be invested in our business moving forward.”

Knights, which is based in Newcastle-under-Lyme, Cheltenham and Chester, has doubled its revenue since the start of 2013.