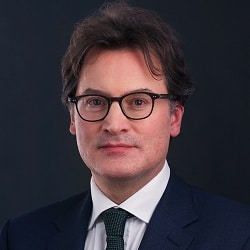 A specialist litigation law firm with support from an external backer that means it can fund cases itself goes live today as an alternative business structure (ABS), Legal Futures can report.

Harcus Parker is the product of a split at Lincoln’s Inn practice Harcus Sinclair, whose private client and family teams will continue together in a new firm that includes the name ‘Sinclair’.

New name partner Damon Parker, formerly head of litigation at Harcus Sinclair, said the split was an amicable one that reflected how the two sides of the firm each had a very distinct focus.

“The rhythm of the practices are very different,” he explained.

The whole commercial/group litigation team has joined the new practice, with three other partners – Jon Beresford, Edward Parkes and Jenny Morrissey – three associates and five paralegals, and Mr Parker said they would be looking to grow the practice “rapidly”. Two partners specialising in trusts and financial services litigation have not gone over.

In addition to commercial litigation, Harcus Sinclair has built up a reputation in recent years for acting in major consumer group actions.

It represents 6,000 Lloyds Banking Group shareholders – ranging from small investors to large pension funds – who are claiming hundreds of millions of pounds in compensation for losses as a result of Lloyds’ acquisition of HBOS in 2009.

It also acts for the Tesco Action Group in bringing equal pay claims for thousands of predominantly female store workers who say they are paid less than their predominantly male colleagues working in distribution centres.

Harcus Parker has financial support from an unnamed credit fund, which has an ownership interest in the practice in return. This is why the new firm is an ABS.

Mr Parker said this meant it would be “one of the very few firms in this country able to fund disbursements in heavy commercial cases”.

He continued: “Alongside our existing work, we intend to run cases which would otherwise be impossible to litigate for lack of money.”

This would include running cases under damages-based agreements and Mr Parker said Harcus Parker’s financial set-up made DBAs – which most firms have shunned since they were introduced in 2013 – workable as it had the ability to carry work in progress and disbursements.

The firm will also operate under traditional retainers as well as conditional fee agreements, and use third-party funding where appropriate too. We have previously reported it working with funders Therium Capital and Augusta Ventures on cases.

Mr Parker added: “We are very excited about the opportunities that lie ahead. Because our new practice has been designed and built from the ground up, Harcus Parker will be structured to suit the needs of our practice and the clients that we serve.”

The litigation team has been in the news over the past year for a dispute with Chesterfield law firm Your Lawyers over their work on the Volkswagen emissions group action.

Last month, the Court of Appeal overturned an injunction that prevented Harcus Sinclair from representing claimants in the case.