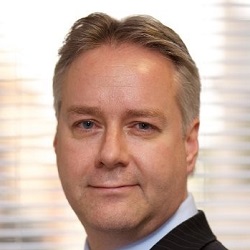 Expert witnesses prefer to travel to prepare themselves for a trial in person with their legal teams even when the trial itself is to be conducted remotely, a report has found.

Experts who had undergone “intensive cross-examination” during the past year also said techniques used by lawyers to place pressure on and unnerve them were “significantly less effective” in a virtual courtroom.

The report by global consulting firm Berkeley Research Group found that the lack of in-person preparation before proceedings was seen by many as a “major drawback” of remote hearings, which could have a “negative impact” on the performance of both expert and legal team.

“Virtual preparations between the two have their limitations: they lack the intensity or anticipation associated with an in-person deposition which helps build confidence and ensures that everyone is on the same page.

“Combined with a lack of pre-tribunal team building, this can lead to miscommunication between counsel and expert witness.

“Such is the psychological importance of the mental preparedness provided by engaging with their teams in a physical setting, expert witnesses would prefer to travel to conduct preparations in person, even if the hearing was itself to be conducted remotely.”

The report was based on the views of six of Berkeley’s international expert witnesses, four of them based in the USA and two in London, together with an arbitrator based in Hong Kong, a Russian lawyer specialising in the psychology of dispute resolution and Anna Massey, head of Allen & Overy’s international arbitration practice in Germany.

The expert witnesses said the “relaxed setting of familiar surroundings” put them at ease, leading to “more considerate answers to the benefit of the court”.

However, familiar settings could “result in the witness being lulled into a false sense of security” to the benefit of the opposing counsel during cross-examination, with some expert witnesses finding their exchanges with the opposition becoming “more conversational” in style.

“Without the sights and sounds of the courtroom, some expert witnesses resorted to imagining the physical environment to prepare mentally for each question and maintain focus.”

On the issue of ‘Zoom fatigue’, expert witnesses reported juries, judges and arbitrators “taking less interest in their testimonies and decisions being reached considerably more quickly compared to in-person hearings”.

Removed from their natural position of authority in the physical courtroom, arbitrators and judges were “less inclined to interject on procedural grounds, such as hectoring the witness”.

The dangers of hearings becoming too informal was captured in a comment from one expert witness: “The expert witness on the other side was flirting with the arbitrator over Zoom and I just thought to myself: ‘That’s it. We’re screwed’.

“The decision ultimately went against us, which really angered me because we had a very strong case and the other expert didn’t do any analysis”.

Generally the report welcomed remote hearings, concluding that “positive experiences since the pandemic began mean that remote hearings and tribunals are here to stay for the foreseeable future in a variety of forms”.

While recognising “noticeable differences in providing evidence and undergoing cross-examination via video link”, expert witnesses said the impact on the outcome of proceedings had been “largely negligible”.

Daniel Ryan, managing director of Berkeley Research Group’s London office and an expert witness himself, commented: “As in other aspects of our professional lives during the Covid-19 era, resilience, innovation and flexibility have meant hearings could continue efficiently and effectively around the world.

“Given that remote and hybrid forums may remain a feature for courts and tribunals indefinitely, some of the less obvious − and subconscious − aspects of the ways we behave in these settings are very useful to consider.”