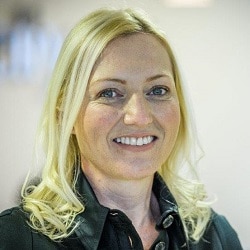 A group of claimant and defendant representatives and judges has outlined a range of concerns about next year’s whiplash reforms, including claims management companies (CMCs) exploiting injured people.

The Civil Justice Council (CJC) also called on the Solicitors Regulation Authority to help ensure there was “no unlawful trading of claims between solicitors, CMCs and ‘claims farmers’”.

The CJC working group, chaired by Nicola Critchley, a partner at DWF, was tasked with recommending further reforms for low-value (under £25,000) personal injury claims but its report also highlighted worries with the changes due to come into force in April.

The other members were Brett Dixon, Jonathan Scarsbrook and Abi Jennings from the Association of Personal Injury Lawyers; Brian Dawson, a mediator and deputy district judge; District Judge and regional costs judge Richard Lumb; Shirley Denyer and Nigel Teasdale from the Forum of Insurance Lawyers (the latter is also a director of MedCo); Lee Watts, head of technical claims at Allianz representing the Association of British Insurers; and Steven Chahla, head of claims strategy at NHS Resolution.

The group warned that the absence of measures to handle credit hire, credit repair and rehabilitation in the new Official Injury Claim portal (OICP) “could result in a claimant with a modest claim under one of those headings being forced to bring conventional small claims track proceedings for a modest sum (a few hundred pounds), tying up court resources but potentially waiting around 40 weeks for a hearing to take place.

The absence of alternative dispute resolution in the portal “compounds the group’s concerns regarding a potential huge increase in small claims hearings”.

It predicted that many LiPs would opt to “let the judge decide” to ensure claims were dealt with fairly.

“This could have a major detrimental impact on the administration of civil justice in England and Wales.”

The report, dated October but only just published, said the group was “highly concerned” that the proposed rules, practice direction and pre-action protocol have not been published – which remains the case – and that development and testing of OICP was taking place “in isolation”.

It went on to worry about the likely need for more district judges to handle the increased volume of claims at a time when there was “a nationwide shortage of district judges coupled with a crisis in recruitment and retention”.

Another issue was how a LiP would be able to value their damages when they have a combination of tariff and non-tariff injuries.

The group proposed a database of claimants, McKenzie Friends, CMCs, lawyers and expert witnesses “whose conduct raise suspicions”, subject to data protection regulations and clear guidance as to the nature of conduct sufficient to warrant inclusion.

“Based on previous experience, the group anticipates that the reforms to the whiplash regime contained within the Civil Liability Act will lead to some CMCs attempting to exploit the market.

It said the OICP should include advice on the possible availability of legal expenses insurance and/or CMCs should be obliged to enquire about such funding before taking on a claim.

“Charging by CMCs must be strictly controlled by the FCA [Financial Conduct Authority] to ensure that claimants are not charged unreasonable fees. However the maximum fees are set, they must reflect the fact that the claimant is not in receipt of advice or assistance from a qualified lawyer.”

McKenzie Friends should not be permitted to charge fees at all, it went on.

The migration of some claims from solicitor representation to CMCs “may lead to various types of adverse behaviours, such as unfair, unwarranted or excessive high-cost damages-based agreements; undercover ‘service charges’, particularly for non-English speakers or those who are not tech ‘savvy’; the emergence of claims ‘hi-jacking’ apps or services, advising clients not to use their own insurer, which is often not in their best interests; and the risk that unrepresented LiPs may be referred to CMCs as a matter of routine by the MRO/medical expert undertaking the medical examination”.

The group urged the SRA to work “as closely as possible” with the FCA to police referral fees and ensure there was no unlawful trading of claims between solicitors, CMCs and ‘claims farmers’.

It also called for a blanket ban on cold-calling.