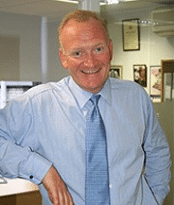 Ashworth: looking for partners “with maturity”

A new firm formed by some of the country’s best-known private client lawyers is promising to provide high net-worth clients with a service provided only by “exceptionally knowledgeable” senior lawyers.

Roger Lane-Smith, former chairman of DLA Piper, and Geoffrey Shindler, global president of the Society of Trust and Estate Practitioners (STEP), are among the founding partners.

Robert Ashworth, chief executive of Nova Private Client Solicitors, said the firm aimed to operate as a “virtual” practice, though he did not like the expression.

Partners will not be required to work from the firm’s administrative HQ in Wilmslow, Cheshire, and can work from their own base anywhere in the country.

Mr Ashworth, a partner at Pannone for 25 years, said he was looking to recruit partners “with maturity” in terms of age and experience, and with their own following.

“I would like to find five or six people in the first year, if I can,” he said. “The first one will probably be the most difficult”.

Mr Ashworth said the idea for the firm came out of conversations between the four founding partners over “the way the law was going” over the next few years.

“I think the law has gone through and is going through huge challenges as a result of the Legal Services Act,” he said. “You have to look very closely at what clients believe is a valuable service, and make sure what they receive is good value.”

Mr Ashworth said Nova would “primarily” offer fixed-price services because hourly rates were not a “suitable tool”, even for high net-worth clients.

“The top end is what we are trying to get hold of. We are looking are people who are high net-worth by virtue of their careers, because of their position in business, or by being part of a family with a significant wealth base.

“We will offer ancillary services, like conveyancing, but private client work will be the primary driver of the firm.”

Mr Ashworth said the point was for clients to deal with recognised experts, who they “know and trust”, and could not pass work to assistants.

He added that Nova already had a couple of support staff, but because it was “not a great, big law firm” did not need “great, big overheads”.

Manchester-based senior lawyer firm gunnercooke is also listed as a partner on Nova’s website. Gunnercooke has a similar experience-based approach to Nova and demands that all its lawyers have ‘at least 10,000 hours practising experience’.