Exclusive: “We will be biggest brand in UK,” says LegalZoom 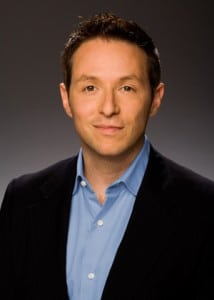 Hartman: now we can invest deeply

US company LegalZoom today makes plain its ambitions for the UK market by saying there is “no question” that it will become the best-known legal brand on this side of the Atlantic.

Eddie Hartman, co-founder and chief product officer of the online legal business, told Legal Futures that “we would not enter a market unless we plan to be the number one legal brand there”.

LegalZoom describes itself as the best-known legal brand in America. While Mr Hartman would not put a deadline to achieve its UK ambition, he said LegalZoom is now 15 years old and he expects its emergence in the UK to be “quite a lot shorter”.

He was speaking with Craig Holt, the founder of QualitySolicitors who – as first reported on this website – has become chief executive of LegalZoom’s UK arm.

Mr Holt said he chose to leave QualitySolicitors because “LegalZoom presented an unrivalled opportunity to innovate for the benefit of the consumer” – which he called his “mission”.

LegalZoom has been looking at the UK for some years now and Mr Hartman said they had learned they needed “a particular set of skills at the helm of a UK operation”. With Mr Holt in place, “now we can invest deeply”.

He would not reveal any detail of LegalZoom’s plans, nor would he comment on the future of its joint venture with QualitySolicitors that saw the company soft-launch in the UK a year ago. However, LegalZoom’s UK website is now a holding page.

Mr Hartman said Mr Holt would now be crafting the company’s UK strategy, which would be “carefully tested” in the coming months.

At the turn of 2014, LegalZoom sold a large chunk of its business to leading European private equity company Permira, and in a statement at the time the pair said “the Permira funds’ backing strengthens LegalZoom’s ability to move forward with its significant growth plans, which include potential acquisitions in both the US and abroad”.