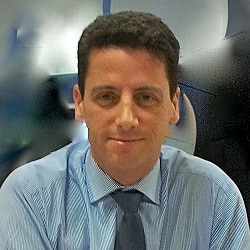 An unregulated version of a ‘dispersed’ or ‘virtual’ law firm has been granted a waiver by the Solicitors Regulation Authority so that its solicitors can practise under their professional titles, Legal Futures can reveal.

The waiver will see Aria Grace Law (AGL) through to the SRA’s new rulebook coming into force in November, at which point solicitors will be allowed under the Standards & Regulations to deliver unreserved work from unregulated businesses.

One of AGL’s selling points to lawyers is that it says they keep a greater share of the fees they generate – up to 90% – than any of the equivalent firms, of which there is a growing number, such as listed law firm Keystone Law, gunnercooke and Carbon Law Partners.

At the moment, solicitors working for unregulated businesses have to call themselves non-practising, but the AGL waiver means that any solicitor working at the firm can operate under their title without having to seek an individual waiver.

He set up AGL last year to offer a wide range of commercial law services. It started with him and two clients and now has 15 lawyers and 80 clients.

Mr Healy outlined major ambitions for the firm, which he said would have 19 lawyers by the end of June and could reach 75-100 by the end of the year.

Every lawyer at AGL can work flexibly and everyone – including Mr Healy – is paid in the same way and receives an equal share in the profits. “Nobody takes profit from anyone else’s work,” he said.

Lawyers retain an initial 85% of what they bill; the remaining 15% goes towards AGL’s overheads, but whatever is left after that is distributed back to the lawyers as profit – in proportion to the hours they have billed – less 5% donated to charity, which is currently Great Ormond Street Hospital.

Mr Healy said the aim was for lawyers to receive as close to 100% of their billings as possible, and the model, including not being regulated, enabled the firm to keep its costs very low.

Using the hashtag #ethicalworld – which the firm is spinning off into a distinct cause as “a revolution against the world’s greed culture” – the AGL website says: “Our clients enable us, and we thank them by providing top-notch services at low cost. Everyone wins: client and lawyer, and because of our model, society and the next generations.”

Longer term, Mr Healy’s ownership of AGL is going into trust. “I don’t want anyone to profit out of AGL,” he said. “It will be managed by like-minded people when I’m gone. It’s not for sale to anyone.”

Mr Healy said he was motivated to create AGL to support diversity and equality in the profession, having been particularly struck by Lord Sumption’s infamous prediction that it could take 50 years to achieve gender equality in the judiciary.

While initially he had women coming back to work in mind, he said “it became obvious that there are too many ‘isms’ in law – racism, ageism, elitism. This is the only business I know that kicks people out at 55 when they’re coming into their prime. I am actively making the firm look like society.”

AGL has grown to date purely by word of mouth; Mr Healy said lawyers did not need a client base to join: “It’s available to any good lawyer who wants their true value to be delivered back.”

Though not a regulated firm, Mr Healy said the individual solicitors were subject to SRA regulation. He acknowledged that being able to call themselves solicitors meant a lot to AGL’s lawyers and also “provided greater credibility”.

Among its clients was another mould-breaking unregulated legal business, Axiom Law, which used AGL for advice on GDPR. “When you’ve got a big client like Axiom, you can get more on board,” said Mr Healy.