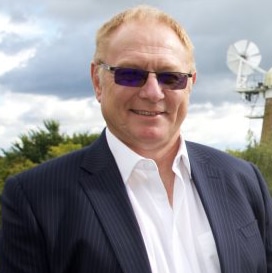 A multi-disciplinary alternative business structure (ABS) is looking to build on its unique combination of licensed conveyancers and chartered accountants.

The ABS formed from the merger of Swindon accountants, Regulatory Accounting, with Swindon and Bristol-based licensed conveyancers Hoffman Briggs, is known as Optimum Professional Services.

It is regulated by the Council for Licensed Conveyancers.

The head of legal practice is Mary Hoffman, who qualified in 2004 after a 20-year legal career in property in Scotland. Hoffman Briggs was launched in 2007.

He said the “biggest advantage” to emerge from the multi-disciplinary ABS was that “it enables us to be far more involved with our clients on a regular basis”.

The ABS had recently acquired a “further block of fees” from a retiring Wiltshire accountant’s practice: “There is another tranche of clients, mainly businesses but also some personal tax work, [who will be presented with] the expanded range of services that we now offer, including legal and property, and the wills and probate side of things.”

“In the owner-managed business, there are certain things that crop up from time to time on a fairly regular basis [such as] mergers and acquisitions, directors and shareholders agreements.

“That kind of documentation… has traditionally gone off to solicitors but we are now able to start to look at how we develop that offering under our bigger title of professional services.”

He said that as the ABS grew, it might have to reconsider CLC regulation if the regulator was not able to accommodate an expanded range of services. “That’s a conversation for me to go and have with the CLC, to understand how flexibly their umbrella will operate.”