Exclusive: SRA has not yet referred Leigh Day to tribunal over Iraq inquiry 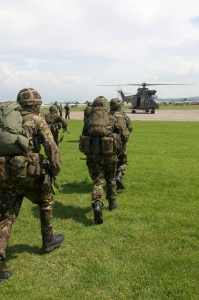 Three months after announcing that it was referring Leigh Day to the Solicitors Disciplinary Tribunal, the Solicitors Regulation Authority (SRA) has still not filed the papers, Legal Futures can reveal.

The firm is at the centre of a political controversy over its conduct in the Al-Sweady inquiry, where it was representing Iraqis who claimed that they had been abused or unlawfully detained by British forces during or in the aftermath of the Iraq war.

On 5 January, the SRA confirmed that – some 13 months after the inquiry concluded – it had referred Leigh Day, and a number of individual solicitors, to the tribunal.

It said papers would be filed with the tribunal “in coming weeks” and the SDT would then make a decision on whether or not to hear the allegations.

The tribunal confirmed to Legal Futures last week that it had not yet received anything from the SRA.

The tribunal’s target is to make a decision in 85% of cases within seven days.

The Al-Sweady inquiry cleared British soldiers of the most serious allegations of unlawful killing of Iraqi nationals after a firefight during the Iraq war in 2004, but found there had been some mistreatment of detainees.

The controversy – fueled by criticism of the claimant solicitors by defence secretary Michael Fallon – focuses in particular on the very late disclosure of a document showing the nine detainees to have been insurgents and the delay by their lawyers in withdrawing the allegations of torture and murder.

That document contradicted what the detainees had told the inquiry and, Leigh Day says, what they told the firm.

In January, Leigh Day accused the SRA of acting prematurely in making the referral in a row over whether the firm had been given adequate chance to respond to the allegations.

Last week, the SRA announced it was referring the other firm involved in the inquiry – Public Interest Lawyers – to the tribunal as well. The regulator said it anticipated sending the papers to the SDT “in the coming weeks”.