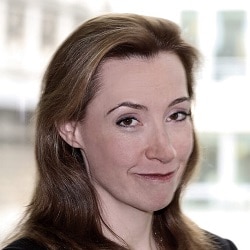 A pioneering alternative business structure (ABS) specialising in space law and named after Neil Armstrong 50 years after he first stepped on the moon has gone live, Legal Futures can reveal.

Alden Legal (Alden was Armstrong’s middle name) was set up initially using the Keystone Law platform but has now become an independent entity after receiving its ABS licence from the Solicitors Regulation Authority.

It is part of a multi-disciplinary group with a complementary consulting business, Alden Advisers, and claims to be the first fully dedicated space law firm in Europe covering commercial contracts and all forms of regulatory, spectrum and advocacy advice.

Alden is the brainchild of managing partner Joanne Wheeler, a one-time in-house lawyer at the European Space Agency who has led the way in developing space law as a dedicated area of practice over the past 15 years, most recently at City firm Bird & Bird.

She told Legal Futures that she set up the firm in response to the demands of clients who wanted to move away from using large legal and consultancy firms and instead deal at a board level purely with specialists.

Fellow Alden partner Alex Monk said this was the result of large firms “not taking space law seriously” as a practice area, although he said attitudes were now changing; in fact, several big City law firms have asked Alden to provide training on the subject.

She said this was not an easy area to break into. Alden’s work combines legal, regulatory, advocacy, consulting and national security issues “on a daily basis”. She said: “You can’t give proper advice without expertise in all five of these areas.”

Five of Alden’s nine people are lawyers – it is looking to recruit at least two more senior practitioners – and it works closely with Praetor Legal, a new, highly niche two-person firm that advises on national security issues both in the UK and internationally.

Alden also supports the industry through the Satellite Finance Network, which Ms Wheeler set up more than a decade ago to help SMEs in particular source finance and experienced non-executive directors. It has more than 600 members.

The SFN runs monthly pro bono clinics for start-ups, but members of the network are not obliged to use Alden if they need legal advice beyond that.

The most recent research showed that the UK space industry was worth £15bn, and employed 41,900 people.

Ms Wheeler explained how the satellite industry was set to grow hugely. There are currently 1,800 active satellites in orbit, but with the cost of building and launching them falling, it is estimated that a further 26,000 could be launched in just the next eight years.

Alden is working with a so-called ‘constellation’ operator planning to put 2,000 into space to ensure comprehensive global coverage.

There is similarly an explosion in the number of potential launch providers, she said, with two or three new UK launch sites on the horizon. Alden is advising other countries on creating their own space law (the UK has the Outer Space Act 1986 and soon the Space Industry Act 2018).

Sending a satellite into space requires the UK Space Agency to sanction the launch and Ofcom to agree an orbital slot, and coordinate and allocate a frequency for transmissions, all within a wider international regulatory framework.

This is necessarily a very international area of law – Alden has just completed a review of the rules on aeronautical communication (allowing people to use their mobiles or access the internet while flying) in 41 countries.