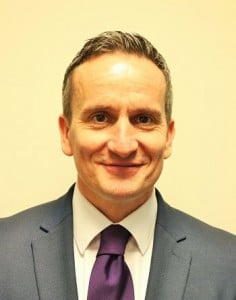 Lancaster: “we believe there should be choice”

A free rival to conveyancing portal Veyo, called Free2Convey, is to be launched by the Legal Software Suppliers Association (LSSA) at the end of this month.

The portal will integrate with the case management systems which LSSA members provide to the majority of conveyancing firms in England and Wales. Members currently provide software to 90% of UK law firms.

Matt Lancaster, chairman of the LSSA, said: “This is something we felt we had to do.

“As suppliers we all think Veyo is a fantastic idea, and we’re behind anything that changes the legal market for the better, but we believe there should be choice – just as there is a choice of case management systems.

“Our members have years and years of experience in providing most of the software packages for the legal industry. Law firms won’t need to worry whether Free2Convey integrates with their systems because it is designed to.”

Mr Lancaster said the idea for the new portal began when he was involved in discussions about Veyo at a meeting of LSSA in September. The firm where he is sales and marketing director, Pracctice Ltd, worked on a test version of Free2Convey and showed it to clients this spring.

“It was very well received by our clients, but we wanted it to be an industry-wide portal, developed by all our members and which, critically, had their backing so that their software would integrate with it.

“It’s irrelevant which company wrote the software. What is more relevant is that everyone supported, contributed and will integrate with it.”

Mr Lancaster said a live, working version of Free2Convey would be launched at the end of this month.

“We’re hoping as many firms as possible will use it. There are no transactional or set-up charges.”

Like Veyo, Free2Convey has a ‘chain view’ function, enabling conveyancers to see all the parties in a chain of transactions and the stage in the process they have reached.

“The problem with Veyo is that if you invite someone else in the chain to use it, and they don’t want to pay, chain view won’t work,” Mr Lancaster said.

“We only need one solicitor to create the chain and invite everyone else to join. The fact there’s no cost means that people will use it. It will become self-perpetuating.”

Mr Lancaster said Free2Convey, like Veyo, could be used as a “stand-alone portal”, but it would work “far better” if it was integrated with firms’ own systems.

He said that suppliers Red Brick and Eclipse, which had announced that their systems integrated with Veyo, could now offer integration with both.

Like Veyo, Free2Convey will also provide a ‘deal room’ enabling conveyancers to upload documents which other parties could contribute to.

“The document will sit in the deal room, and that will provide a central point where they can look at it, review it and see the latest version, rather than bouncing it around by e-mail.”

Mr Lancaster Free2Convey would evolve over time, and that any firm could give feedback to their supplier and ask for increased functionality.

“We’re not looking to have a monopoly,” he added. “It’s good for firms to have a choice. Some may prefer Veyo and want to pay for it.”

Veyo, which is being used by a group of around 80 law firms, charges a transaction fee of £20 and an annual administration charge of £50.

Des Hudson, former chief executive of the Law Society, left his post as chair of Veyo [2] last month. He was replaced by Ian Gray, director of the US-based Turnaround Management Association.