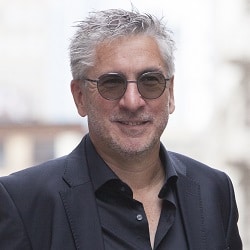 The owner of national law firm Simpson Millar is eyeing up further investments in the legal market, its founder has revealed to Legal Futures.

Steve Din of Doorway Capital said he has set up a company to make equity investments in law firms.

It now owns the firm. In September, Simpson Millar unveiled a five-year £50m growth strategy backed by Doorway to become one of a handful of consumer legal brands, and has since completed two acquisitions.

Mr Din told Legal Futures: “We have established a company called Doorway Holdings Limited to make equity investments in law firms that wish to maintain their own brand and infrastructure. I hope, over 2019, we’ll see the portfolio of investments made by Doorway Holdings grow.”

Asked about the appeal of law firms to financiers, he said: “Certain law firms are appealing to banks and traditional lenders because these firms benefit from strong financials and a strong management team.

“The difficulty is that there are a considerable number of firms that do not benefit from strong financials, which Doorway Capital still remains committed to assisting if a credible and realistic turnaround plan can be presented to us.

“In practice, that means we will fund firms in a company or partnership voluntary arrangement; however, in each case we still need to rely on a strong management team being there.”

He added that Doorway Capital would remain a separate company extending credit to law firms, which already enjoys a very strong pipeline.”

Mr Din said that, in the short-term, Simpson Millar would target the capital at significantly improving its in-house IT platform, developing “a robust and reliable direct marketing channel”, and making further acquisitions of other law firms.

“We have made no secret of our longer-term desire for Simpson Millar to drive consolidation in the UK consumer legal services market, which we believe this short-term objective should assist with.”

He argued that the consumer legal market “has been poorly served by pioneers of modern technology at least with respect to the provision of legal services”.

Mr Din explained: “There remains the obvious opportunity for a consumer law firm to shape the technological advances made by firms like Amazon, Ocado and Google around the provision of an assisted self-service advice.

“The catalyst for these advances may very well be the increase in small claims limit [for personal injury, due in April 2020]: quite simply, claimants are not going to disappear but may begin to gravitate to firms, with access to this technology, offering them this form of advice for either a small fixed fee or a percentage of damages.”

He has gone on record as predicting a significant consolidation in the market, and said more law firms would offer apps and a growing reliance on technology to gain access to, and retain, ever more clients.

“If I have an app that assists me making a claim at below the small claims limit I will almost certainly use the same app to prepare a will, apply for probate, etc,” he said.

He urged lawyers to “listen and learn from the younger, more tech savvy people in their businesses”.

Mr Din continued: “There’s still too much complacency in the legal sector towards real innovation, but change is coming, especially in consumer law with the Civil Liability Act. It’s inconceivable that the law will be the same in 10 years’ time and law firms will have to innovate or shut up shop.

“Someone will crack this nut and it will happen sooner rather than later. Whatever some people may think, the law is not immune from change.”

Mr Din also went into more detail about how the Simpson Millar deal worked out. He explained: “Doorway made a decision in 2017 to extend a traditional £5m receivables funding facility long before we became their parent undertaking.

“Whilst that original decision took account of the same factors and underwriting principles we apply to all law firms that approach us for this form of funding, we made it a condition of this particular facility that the proceeds we advanced were not to be remitted to its parent undertaking, at the time, Fairpoint Group.

“A combination of Doorway acquiring a loan previously made to Fairpoint by Allied Irish Bank and that loan defaulting the very day we acquired it led to us appointing administrators over Fairpoint Group but, crucially, not Simpson Millar.”

He said a condition of agreeing to extend the £50m further funding to Simpson Millar was that Doorway acquired a 100% equity stake in the firm.

Further, Simpson Millar’s management team, led by Greg Cox, “presented us with a detailed and credible investment plan that should ultimately see Doorway achieve a [target rate of return] on this further funding of at least 25% per annum”.