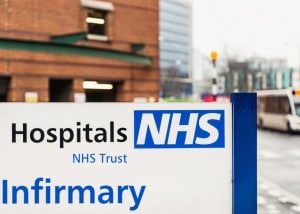 The Royal College of Nursing (RCN) is planning to follow the British Medical Association (BMA) in setting up a law firm, it has emerged.

In doing so, the RCN, which represents over 400,000 nurses, has followed the BMA’s lead in partnering with Cardiff-based NewLaw Solicitors.

RCN Law LLP was incorporated in September this year, with Companies House showing the two directors as Philip Dicken, managing director of NewLaw, and NewLaw Legal as a corporate director. Its registered address is NewLaw’s Cardiff headquarters.

The following month RCN Holdco Ltd was added as a director. The company was incorporated in the summer, and is based at the RCN’s HQ in Cavendish Square.

BMA Law, an alternative business structure, was launched in May, with NewLaw handling calls, providing a triage service and carrying out all the private client and personal injury work. Helen Molyneux, chief executive of NewLaw, is one of the four directors of BMA Law.

Meanwhile, speaking at last week’s Legal Futures Annual Innovation Conference in London, Viv Du-Feu, director of legal services at the BMA, said he was talking to smaller “quasi-medical providers” about linking up with BMA Law.

“We are in conversation with a number of quasi-medical providers who are not big enough to do what we’ve done, but who have an audience. They are talking to us about piggy-backing onto what we’re doing.”

Mr Du-Feu went on: “If we generate fees, it’s a very virtuous circle for us. It all washes back into the coffers of the BMA for membership benefit. That’s a powerful message to members about why they should use us.

“On the basis of instructions we get, and the things we pick up from the law firm, we get a sense of the issues keeping members awake at night. It’s been very helpful for us to take that intelligence and feed it into the political machinery.”

Mr Du-Feu said the only problems faced by the ABS had been in the area of marketing, and that these would be addressed.

He admitted that BMA Law had not reached its target for its first eight months, but said: “We are confident we will get where we want to be. The only response we’ve had from members has been incredibly positive.”

He emphasised that BMA Law was “not a joint venture” with NewLaw, but was a “stand-alone ABS”.

He said the BMA had a “long-term vision” to build an ABS, which would “give a payback to the organisation” and would be a very successful operation in its own right.