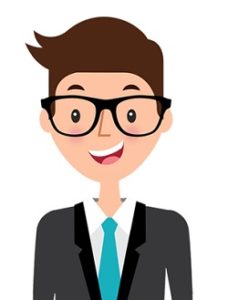 Billy Bot, the ‘robot junior clerk’, is now managing up to 100 new instructions a day from solicitors and members of the public, agreeing fees, booking barristers, checking for conflicts and even making the coffee, Legal Futures can reveal.

The time the system saves has already meant that the clerks at Clerksroom have to work fewer hours than before, with no cut in salary.

We revealed the existence of Billy in April – he is named after the clerk in the TV series Silk and has been given a suitably cheeky personality.

Billy was originally envisaged as a chatbot but is quickly evolving and is to be moved over the coming months on to Watson, IBM’s artificial intelligence platform, to replace its current Motion AI platform – a decision-tree system – with natural language processing.

This would mean, for example, that the system would not ask users “Do you want to book a barrister or mediator?” Instead, it would say “How can I help?” and converse with users. Conscious Solutions in Bristol is handling the transfer.

Clerksroom managing director Stephen Ward said that all new instructions were now processed through Billy after six months of programming – a 16-year-old clerk takes two years to train, he added.

Now it has been linked with Clerksroom’s case management and booking systems, online enquiries are fed straight into the system, which sends a recommendation to a human clerk on what barrister should be instructed.

For telephone enquiries, the clerk inputs the data required by Billy and again offers a recommendation. Mr Ward said Billy cycled through 1.6bn combinations – considering factors such as barrister, practice area, type of hearing and location – before coming to its recommendation.

He said that of the 1,200 bookings processed so far, the system has not made a mistake.

Billy saved eight minutes per booking by undertaking tasks that the clerk would otherwise have done, and with Clerksroom booking in 1,500 cases a month, this has meant a saving of 200 hours a month.

As a result, the 23 human clerks have had their hours reduced from 42.5 hours a week to 40, with no reduction in pay.

Mr Ward, whose background is as a clerk, stressed that this was not about eliminating clerks. “Clerks are there to do a whole host of things. We just don’t believe this is something they need to do in a lot of circumstances – the work involved doesn’t need a highly paid, skilled clerk.”

He said at a recent event held by the Institute of Barristers’ Clerks, he was told that Billy was not a proper clerk because he did not make tea or coffee.

As a result, Billy is being connected to a ‘Smarter Coffee’ machine in Clerksroom’s offices, so staff and visitors can ask him to make coffee, and they can even specify how coarse the beans are ground, how strong they want it and how many cups are required.

Mr Ward said his plan was to deploy Billy to major client law firms by the end of the year. “We see Billy as a platform to explore, not a finished product,” he added.

Stephen Ward is speaking at the session entitled ‘Chatbots and Robots – The future face of the law?’ at next week’s Legal Futures Innovation Conference. A few tickets are still available. Click here for more details.