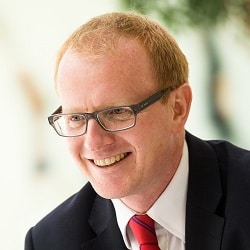 An alternative business structure (ABS) handling commercial disputes and owned equally by two law firms and an accountancy practice has recorded a 1,200% surge in post-tax profits.

Escalate is aimed mainly at SME clients. Its corporate recovery specialists target a settlement in under three months. If unsuccessful, it moves on to litigation, which it funds.

Clients are guaranteed that they will keep at least 70% of any money recovered.

Nick Harvey, director of Escalate and head of litigation at law firm Bermans, said Escalate was only available through regional accountancy firms which filtered claims and made sure they had “sufficient merits”.

He went on: “We’re not trying to take work away from lawyers but create Escalate communities, where lawyers and accountants use the package and take it forward.

“It provides meaningful access to justice to SMEs, which can progress the claims which are not being pursued. There’s a whole wealth of claims out there.”

Mr Harvey said Escalate was expanding “at great pace” and aiming for a turnover of £5m by the end of this financial year.

The ABS is owned equally by the equity partners of Bermans, which has offices in Liverpool and Manchester, top 100 law firm Moore Blatch, and PFK Littlejohn, an accountancy firm based in London.

The three directors are Mr Harvey, Mark Osgood, partner and head of insolvency and debt recovery at Moore Blatch, and Chris Clay, Escalate partner at accountants PKF Littlejohn and managing director of the ABS.

Mr Harvey, who has been a partner at Bermans for almost 25 years, said that for the past decade he had seen “more and more SME clients with good claims running out of money” or with “an appetite for risk that is grinding to a halt”.

He said part of the problem was court fees, which had “gone through the roof”.

He said that, under the traditional model, the “disgruntled SME goes to a lawyer and tells them their woes, which the lawyer puts into a letter and sends to their opponents, who go running off to their lawyer”, triggering a “game of ping pong with lawyers charging hourly rates”.

Mr Harvey said that the cost of funding the litigation could be 50% of any damages recovered, with the need to pay for after-the-event insurance and success fees.

He said the only way to stop the “feeding frenzy” was to control the costs of funding, insurance and lawyers’ fees by dealing with litigation on a “portfolio basis”, which is why Escalate had to be an “accountancy-led product”.

This allowed it to “tap into the accountants’ networks of SMEs”, get into their databases and say to funders and insurers: “Look we’ve got all these claims, we want better rates.”

Mr Harvey said that for the past 12 months Escalate had been funding its own cases, meaning that “we only back cases we can win and there is no need for extortionate costs”.

Clients with the Escalate package had a fully funded and insured claim on a conditional fee basis.

“The other side is now the one with the cash-flow problem and the litigation risk. This levels the playing field and drives early settlement.”

Escalate uses corporate recovery specialists rather than lawyers to target a settlement within three months, using a pre-agreed protocol that incentivises defendants to settle quickly

Mr Harvey said Escalate capped its costs in a way which meant that SMEs always received at least 70% of the damages they recovered.

He said Escalate worked with regional accountancy firms across the country, such as Menzies, Price Bailey, Begbies Traynor and Armstrong Watson.

“We made a conscious decision not to approach the Big Four. We felt very strongly they would try and dictate to us what we should do, rather than work with us.

“We have managed to tap into a hole in the commercial litigation market. Nobody else is providing a packaged solution like this.”

He said Escalate has 12 staff, based at new offices in the same building as Bermans in Liverpool.

On the issue of potential competition between regional accountants referring clients and the fact Escalate is partly owned by a firm of accountants, Mr Clay added: “Escalate is all about collaboration – the professional services market coming together to deliver a new unique offering that is built to help fix a broken market.”

He said Escalate partner firms, including the regional accountants, “don’t look at the shareholders but look at the client solution” and the ability for them to add value for their clients.

Mr Clay said that in the South West, two large and competing accountancy firms and two large law firms were working “as a regional team with regular regional meetings” to create and share Escalate initiatives.