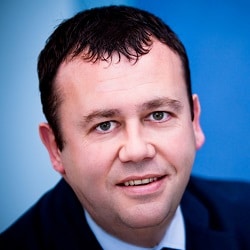 It is effectively the firm’s second administration and we understand that Recovery First – which specialises in transferring work in progress in the personal injury market – has been appointed to work with the joint administrators at Leonard Curtis.

In a statement issued this afternoon, the joint administrators, Julien Irving and Andrew Poxon, said: “The company had experienced difficulties as a result of the regulatory and financial pressures currently being placed on the sector. The company has also suffered from cash flow issues.

“Regretfully the administrators have made 26 employees redundant.

Mr Irving said: “Whilst the number of redundancies was unavoidable, we are pleased to say that we have ensured that approximately 1,000 client matters were seamlessly transferred to regulated practices and therefore avoided SRA intervention.”

Just Costs was set up in 2006 and was the first law firm to specialise purely in legal costs. It became an alternative business structure in 2013, at which point it had nearly 100 staff and a turnover of more than £5m.

In November 2016, it began operating under a company voluntary arrangement, under which it sought to repay creditors in full with 24 monthly payments of £33,000.

A year later, after it failed to keep up with the schedule – 28% of what was owed was paid – the firm was sold out of administration to a new practice set up by founder Paul Shenton and fellow solicitors Jodi Booth and Adam Quinn that traded as Just Costs Solicitors (JCS).

JCS paid £20,000 up-front plus monthly payments of 5.1% of the previous month’s realisations.

One of the joint administrators – Paul Stanley of Begbies Traynor – blamed the impact of the Jackson reforms, saying: “There has been a big negative cash flow impact on companies such as Just Costs, which required a change in business model and funding structure.”

The administrators’ most recent progress report – for the six months to 26 October 2018 – said that, after making payments totalling £25,000 in May and June, JCS asked for a “payment holiday” that led to no payment in July and just £2,000 per month thereafter.

NatWest received its first dividend of £40,000 in October, while there is likely to be just £21,000 distributed between the unsecured creditors.

Leonard Curtis has had a notice on its website in recent weeks “urgently seeking interested parties with regards to the sale of the business and assets of a solicitor’s practice which specialises in costs”.

Nick McDonnell, a director in the Manchester office of costs firm Kain Knight – and a director of the original Just Costs for two years to April 2017 – said: “The changes to the legal costs industry continue to hit some costs firms very hard.

“The issue isn’t so much attracting work but, particularly in the personal injury sector, there is an expectation to offer deferred payment terms. This can mean deferring payment on costs management and budgeting work, for example, for up to 12 months.

“This significantly affects a firm’s cash flow and the administration of Just Costs Solicitors is the latest example of this.”

He said a business model like Kain Knight’s, with “a diverse mixture of work types from different legal sectors”, was “crucial in these delicate times”.