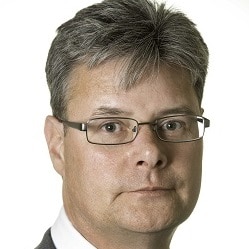 The jobs of more than 100 staff at Yorkshire firm Heptonstalls have been saved by a start-up personal injury practice that aims to expand as others leave the market due to next year’s whiplash reforms.

HH Legal in Shrewsbury was bought by solicitor Dominic Weir this summer as a near-shell and has acquired Heptonstalls in a pre-pack as cash flow problems exacerbated by Covid-19 sent the firm, which specialises in industrial disease cases, into administration.

Mr Weir is a former consultant at Heptonstalls and he has joined forces with its head of industrial disease, Shane Hensman, who is now his partner at HH.

We reported in June that Heptonstalls, which has three offices, has joined forces with Call Brian, an automated personal injury claims system set up by Claims Direct co-founder Tony Sullman.

The system offers other firms a way to continue making money from low-value claims after the whiplash reforms come into effect next April.

Users are charged 25% of their damages under a conditional fee agreement for the service, while Heptonstalls provides any personal advice required and handles cases that fall out of the current or future portal. It shares costs 50/50 with the referring firm.

Heptonstalls – which will continue to operate under that name – will maintain the relationship with Call Brian under its new ownership.

Mr Weir told Legal Futures that he initially bought HH with a view to joining the Call Brian panel, but the model then changed so that all cases are funneled through Heptonstalls. As an industrial disease specialist himself – he worked previously at Roberts Jackson and Leo Abse & Cohen – it was an attractive prospect to buy when problems hit.

“As Heptonstalls was already doing what I wanted to do, it was too good an opportunity to miss,” he said. “It’s advanced my business plan by two years.”

The partnership with Call Brian will remain and Mr Weir said the claims company was “investing quite heavily on direct marketing”. Crucially, he was confident that the IT works. “It’s early days but there are lots of competitors in the market at the moment that may not exist in 12 months’ time.

“A lot of firms are sitting on their hands to wait and see if there’s a unicorn on the horizon. Others are saying we’re their contingency plan if they can’t make whiplash claims work.

“We’ll be ready and waiting. If anyone’s looking to dispose of a book of RTA or industrial disease work, we’re very happy to have a chat on.”

Mr Weir said he has “pretty ambitious growth plans”, predicting that Heptonstalls could be in the top 200 law firms by revenue in a year’s time if they come off.

Like many, he is also unconvinced that the whiplash reforms will actually happen next April. “My scepticism needle is hovering ever closer to the red zone,” he said.

Mr Hensman stressed how Covid-19 has hit the number of new RTA cases. The latest figures show that 31,000 new cases were logged in the government portal in June, down from 53,000 a year earlier.

“If you spread that figure between the 4,565 PI firms in England and Wales, that’s roughly six to seven cases per month. I’d be bold enough to say the majority, if not all, of those cases are loss leaders for law firms.

“The figures highlight the scale of Covid-19, in addition to the impact of the forthcoming portal reforms.”

“Nobody likes the idea of turning clients away, but traditional high street firms bleed money on portal cases as soon as they open a file. Law firms can’t sustain this now, let alone if the reform happens in April.”

Mr Weir added that, thanks to the success of remote working during the pandemic, the legal and management team at HH Legal will now work remotely, for good.

“We are recruiting legal talent nationally, even employing and safeguarding paralegals from law firms who can’t support them if they sell or drop this low-value RTA work.

“We saw just shy of 900 applications for one of our most recent roles, suggesting there is appetite for home-working and to join a company that’s succeeding in building a sustainable, inclusive, and innovative law firm that’s provided a solution to the potential wreckage of the low value RTA sector, alongside a strong business plan for sustainable growth in complex areas.”