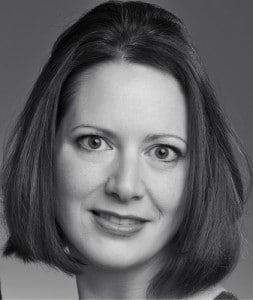 Khiara: systems should be tailored to each firm’s individual risk profile

Wariness among individuals of becoming compliance officers – especially because of the risk of personal liability – has led to some firms nominating persons who lack the most relevant expertise, research seen exclusively by Legal Futures has found.

The survey of 75 firms of different sizes by specialist law firm Khiara Law and consultants Edge International found that some 77% of firms expressed concern about the personal liability attached to the new roles of compliance officer for legal practice and for finance and administration (COLP/COFA), the nomination of which closes next Tuesday.

Most firms have sought to address these worries through constitutional change, such as indemnifying the COLP and COFA, imposing a duty on other managers to disclose breaches, amending contracts of employment and in 18% of respondents even introducing specific sanctions on managers for breaches of regulatory duties.

While the report said firms generally prefer a coercive rather than penal approach, it recommended that “a culture of zero tolerance be fostered, whether formally through the constitutional document or informally through partner traning, the appraisal system or internal memoranda”.

Nearly half of firms are proposing to take out specific insurance policies to cover the personal liabilities of compliance officers, including the costs of proceedings in the Solicitors Disciplinary Tribunal.

Almost all firms surveyed had selected their compliance officers; 92% of COLPs are managers, as are 47% of COFAs, with 51% of COFAs the finance director or equivalent. The majority had also made arrangements to cover the absence of either officer.

The report said the choice has been difficult for many firms. Despite being advised not to appoint the senior or managing partner – on the grounds that their current roles are too time-consuming already – “the burden of personal responsibility and level of seniority and autonomy required to satisfy the SRA’s suitability test has led a number of firms to look to partners who already hold a senior management position”.

It added that “surprisingly few” firms have chosen employees with expertise in compliance and risk to act as the COLP, in contrast with the number choosing a finance expert to be the COFA. “We are also aware of a number of firms where the most suitable individuals have been reluctant to take on the new roles.”

In all, 61% of respondents said they considered themselves well prepared for the new compliance regime, while 35% said management is considering action and/or procedures.

Other findings included that a significant minority of firms have made few changes to their internal reporting systems, or believe that their current arrangements will suffice. “We fear that this will prove inadequate, and that systems should be tailored to each firm’s individual risk profile and that reporting, supervision, monitoring and recording systems should be fully integrated,” said Rachel Khiara, principal of Khiara Law.

To discuss the findings of the COLP/COFA Readiness Benchmarking Report 2012, or for advice and assistance, contact Rachel Khiara (rachel.khiara@khiara.com) or Chris Bull of Edge International (chris@edge-international.com).