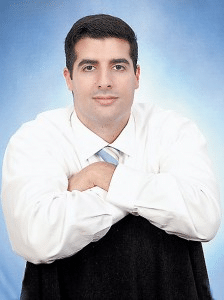 An online legal document business from Canada is set to launch in the UK this month, starting with a will which it plans to promote through group buying websites like Groupon, Legal Futures can reveal.

Dynamic Lawyers is to sell its Will-O-Matic product at £49 through its site, or £24 through group buying sites.

It joins America’s Rocket Lawyer and LegalZoom in eyeing up the UK online legal services market, where Epoq currently dominates.

As with other online services, the Will-O-Matic involves a questionnaire that generates a customised will. Founder Michael Carabash, a Canadian lawyer, said he had yet to see software “as comprehensive or as flexible” as his. “It’s my little way of helping everyday people achieve better access to justice through technology.”

The site will include a lot of information for users, including an extensive e-book, along with a clear warning that the service is not appropriate for those with complicated circumstances and that they should instead seek advice from a lawyer.

The company has sold 8,000 wills in Canada since opening for business this year and recently launched in Australia as well.

Mr Carabash said the plan is in time to expand to offer other legal documents in the UK – as Dynamic Lawyers already does in Canada – starting with the likes of powers of attorney, pre-nuptial agreements and leases. He also wants to move to a lawyer review service. “But at the moment we just want to showcase our clever software,” he said.

The lawyer also praised the Legal Services Board’s efforts to regulate will-writing given how many “shoddy” products he has seen in Canada and Australia, adding that he responded to the board’s consultation on extending it to online products. “I believe that online do-it-yourself will-writers should be required to demonstrate to regulators how their products are substantively adequate. They should also agree to abide by a code of conduct and carry a minimum level of insurance.”

Meanwhile, reports from America say that LegalZoom has delayed its $120m stock market listing in New York, citing current market conditions. International expansion was given as one of the reasons for going public. No update on when the listing will take place is expected before next month.

Last week Rocket Lawyer opened up its On Call programme for law firms to offer services to its customers.