Exclusive: More ombudsmen for LeO in bid to improve quality of complaints handling 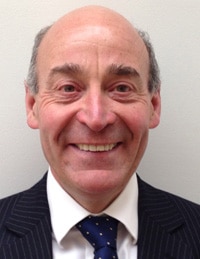 Green: timelineness is not a proxy for quality

The Legal Ombudsman (LeO) is to recruit more ombudsmen to triage complaints against lawyers in a major reorganisation that aims to improve the quality of its decision making, Legal Futures can reveal.

Steve Green, chairman of the Office for Legal Complaints – the body that oversees LeO – admitted that “speed had got out of kilter with quality… Timelineness is not a proxy for quality”.

He explained: “We were putting all of our energy into completing cases as quickly as possible without giving sufficient attention to quality.”

Until now, cases were screened and then investigated by LeO staff and only found their way to an ombudsman if an informal resolution could not be agreed.

Throughout its life there have been more cases going to a formal decision than was anticipated or considered desirable, with the most recent annual report putting the figure at 38%.

Under the new regime, however, ombudsmen will screen complaints at the front end of the process. “When we start to discuss with both the consumer and the lawyer whether resolution is possible, it will be with the benefit of a very clear steer from an ombudsman rather than an investigator,” Mr Green said.

In addition to recruiting “a small number” of extra ombudsmen on fixed-term contracts, he said LeO would create a flexible pool of fee-paid ombudsmen who could be called on to help with peaks in demand, copying a model used by the Financial Ombudsman Service.

There are currently 12 ombudsmen in post, with a chief ombudsman also being recruited.

Mr Green said that until now the only quality measure had been users’ experience of LeO, but this generally reflected their satisfaction with the outcome of the complaint. An external company has been brought in to conduct more in-depth research and its interim findings showed that quality was not as high as had been thought.

In June, the Legal Services Board (LSB) invoked its statutory power to set performance targets for LeO because of concerns that the existing targets were at risk of not being met and there were “inherent structural features [that] are likely to prevent significant improvements in performance being made”.

The LSB also said adequate measures to understand the quality of output and user satisfaction were “not yet in place”, and the two bodies shared the view that a number of factors “may” combine over the coming months “to impact adversely the performance of the Legal Ombudsman scheme”.

This has already come to pass, with recent LSB papers revealing that LeO is missing its new timeliness targets.

Mr Green said that when LeO published its 2015/16 business plan, “we knew we didn’t have the targets we wanted”, but it was not able to substitute them at that point. A new series of measures – likely to be based on a ‘balanced scorecard’ approach – are to be put in place.