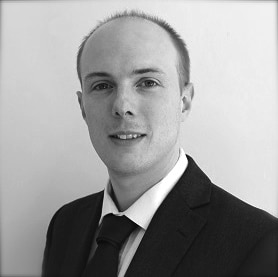 A criminal appeals charity run by lawyers has applied to the Solicitors Regulation Authority (SRA) to be a regulated legal practice, and could become the first charity to become a traditional law firm in its own right.

If approved, the Centre for Criminal Appeals (CCA), a registered charity dedicated to investigating and working to overturn miscarriages of justice, would attempt to win a Legal Aid Agency contract. It would combine the public funds with the charitable funding it currently receives from a number of sources.

The CCA’s casework is currently led by two solicitors – its director Sophie Walker and Emily Bolton – who both work as consultant solicitors at Scott-Moncrieff & Associates. The charity’s founding trustee and chairman of the board of trustees is well-known miscarriages of justice solicitor Glyn Maddocks.

CCA trustee Andrew Donovan, a chartered legal executive and former civil litigation solicitor, who for seven years was an SRA official and now runs a compliance training consultancy, said what was envisaged was “an untraditional, traditional law firm; a legal practice in its own right”.

It was an “innovative model” that involved volunteers at a director/trustee level and was “novel in that respect”. But the application to the SRA had addressed potential problems. “I am confident it meets their criteria,” he said.

He added that while firms in the for-profit sector did this kind of work, there was clearly an “unmet need”. Research into the CCRC showed that lots of people were still making applications without representation, and that those that had legal advice stood a far better chance of making progress.

A House of Commons justice committee report into the CCRC, published yesterday, called on the commission to take a “less cautious” approach to referring cases to the Court of Appeal, although it acknowledged it was struggling to handle its 800-case workload after government funding cuts of 30%. The committee recommended an additional £1m of annual funding.