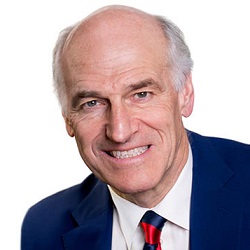 The largest dedicated injury law firm in the country has been acquired by a private equity house which has plans to buy and build it into a major consumer law practice, Legal Futures can reveal.

An affiliate of Sun European Partners – which has previously invested in the likes of furniture retailers Dreams, SCS and Sharps – has acquired top-100 firm Fletchers Solicitors for an undisclosed sum.

Fletchers, based in Southport, was established in 1987 and now employs 500 people handling serious injury, clinical negligence and motorbike accident matters.

It has built a major consumer presence since 2015 through its Patient Claim Line brand, which gained traction by sponsoring The Judge Rinder Show on ITV.

The firm’s most recent annual accounts, for the year to 30 April 2021, showed turnover and profit before tax both up 39% to nearly £45m and £5.5m respectively. The firm has recently expanded into data breach and diesel emission claims, its first move beyond injury work.

Founder Rob Fletcher and his nephew Ed Fletcher, the chief executive, have exited the business, although they have left some money in it for the next five years.

Rob Fletcher told Legal Futures that he had decided to sell after “Father Time caught up with me a bit” – the 67-year-old said a spell in intensive care last year after catching Covid had been “a good time to reflect”.

He admitted it was a “huge wrench” to leave the business he had started with just seven people 34 years ago, but “it was a decision made with my head and not my heart”.

He was put in touch with Sun Capital by one of Fletchers’ non-executive directors, Paul Duncanson, and explained that key to the sale was that Sun wanted to grow the law firm rather than break it up – this was one of the reasons he was not keen on a trade sale.

The company will also retain its headquarters in Southport and office in Manchester.

“They see it as a five-year project,” Mr Fletcher explained. “There are a lot of acquisitions going on in our industry at the moment as people realise that the future is firms that have the size to compete.”

Though the clinical negligence market is relatively small – there are around 15,000 claims a year made against the NHS – and competition for the work fierce, Mr Fletcher said the market was still fragmented and “big players” would target it.

He added: “I believe that our management team, backed by Sun, have the ability to take the business to the next level and I will be just as proud watching the future development of Fletchers from the sidelines.”

Sun European is part of US-based Sun Capital Partners, which is one of the longest-established private equity houses and has made $13bn of capital commitments in its history.

Alex Wyndham, vice-president at Sun European, told Legal Futures that it had shifted its focus more towards services in recent years and consumer legal services became one of the areas targeted.

The legal market was “hugely fragmented”, he said. Sun was “a big believer in finding the right platform with a good brand” to use as the base of a ‘buy and build’ strategy.

This would be both in its existing injury specialisms – despite being one of the largest clinical negligence practices, its market share was still in single digits, he noted – and also in other areas of consumer legal services.

The history of private equity in the law is mixed, with another large personal injury practice, Roberts Jackson, one of the biggest failures, leaving its investor nursing a £22.5m loss.

However, Mr Wyndham was confident that Sun would not go the same way. A major problem in injury work is financing the long capital cycles involved in conditional fee work, but Sun has “deep pockets” – it has raised $2.5bn for its latest fund.

Mr Wyndham said there would also be “a substantial amount of follow-on capital”.

It plans to invest as well in technology “to make sure we are processing cases as efficiently as possible” and use data to ensure the firm “takes on cases that are more likely to deliver a fee”.

The company typically holds on to investments for five years, which was enough time to expand both organically and through acquisition, but Mr Wyndham would not say how big he hoped to build Fletchers.