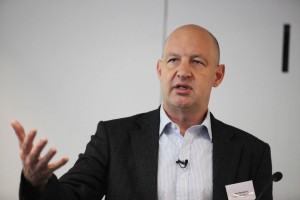 The Legal Ombudsman (LeO) will not allow third parties to bring complaints against lawyers for the time being, Legal Futures has learned.

However, it will in future accept complaints from prospective clients – despite opposition from the likes of the Law Society, Bar Standards Board and Council for Licensed Conveyancers – while the limit for compensation will rise from £30,000 to £50,000.

Other changes include increasing the time limit for making a complaint from one year to either six years from the event or three years from knowledge of the event, and allowing LeO to dismiss complaints against successor practices if it is fair or reasonable to do so.

LeO has also decided to drop the two ‘free’ cases that lawyers are allowed each year without having to pay the case fee, contrary to the preferred position outlined in the review of its scheme rules published in March. LeO figures show that the majority of firms which go through the adjudication process do so only once or twice a year.

The review said that a “broader conception of who can complain would increase access to redress for third-party complainants who are owed an indirect duty of care by a lawyer” – such as consumers who receive the benefit of a legal service like a packaged remortgage service where, technically, the lawyer is acting only for the lender.

While not expressing a clear preference, the consultation asked for views on specifying circumstances where the ombudsman could consider third-party complaints. But papers seen by Legal Futures indicate that LeO has decided that defining a list of inclusions and exclusions would be very difficult.

Other concerns included a lack of evidence in relation to third-party cases being excluded, implications for LeO’s workload and costings, and that the Scottish experience of accepting such complaints has not been positive.

Though LeO found support for the move from the Legal Services Consumer Panel and the Solicitors Regulation Authority, opponents included the Law Society, Council for Licensed Conveyancers and Bar Standards Board, who were also opposed to prospective clients having a right to complain.

Nonetheless, papers from a recent meeting of the Office for Legal Complaints – which oversees LeO – said staff will “undertake work to see if it was practicable to draft a possible list of [third-party] complaint categories for the next revision of the rules”. This is likely to be in two to three years’ time.

In a statement, Chief Legal Ombudsman Adam Sampson said: “Our scheme rules consultation came to a close in July and the board has made recommendations on proposed changes. It was an open consultation and contributions were made by law firms, regulators and consumer groups. The proposals are now subject to ministerial approval, after which our board will make a formal announcement.

“We’re hopeful of introducing the new scheme rules early in 2013. In the meantime, I’ll be meeting with regulators to discuss communicating the changes out to members and we’ll also be mailing information about the changes to law firms in November/December.”