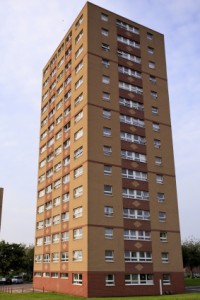 A legal advice charity in Leicester has become the first not-for-profit organisation to set up an alternative business structure (ABS), Legal Futures can reveal.

The Community Advice and Law Service (CALS) has won approval to launch Castle Park Solicitors Community Interest Company, whose profits will go to support the continuing work of the charity.

The law firm has been granted a waiver of the separate business rule, which would otherwise have required CALS to become regulated as well. Castle Park will have its own premises away from the CALS office and will focus on family, employment and immigration work.

Glenda Terry, Castle Park’s head of finance and administration, said: “We set it up because we wanted to have the facility to provide good-quality legal advice and representation mainly in the areas going out of scope of legal aid. We have pitched our fees competitively and hope it will be attractive to those on low to medium incomes.”

The second aim of the ABS is to generate income for CALS – which offers housing and debt advice – so that it can continue to provide a free service but become less reliant on government funding and grants, Ms Terry said. It used a grant from the Lottery Transition Fund, which helps not-for-profits adapt to the new funding environment, to pay for the ABS conversion.

The SRA has recently removed the rules that stopped in-house lawyers employed in not-for-profit organisations charging for work, arguably making the need to become an ABS less important. However, Ms Terry said there were still advantages in converting because “from the client’s perspective there’s a very clear distinction” between the paid-for and free services.

Having a separate business also helps to adapt to a trading environment that is very different from the not-for-profit sector. “You have to think of it as a commercial venture,” she said. “However much you think you will be attractive to clients because of the ethical dimension, you’re still in competition with other firms.”

Adapting to SRA regulation had also been a “good discipline”, she added.

The Castle Park waiver expires on 30 April 2015, the time at which the Legal Services Board plans to switch on an ABS licensing scheme for those not-for-profit bodies providing reserved legal activities. They are currently exempt from having to be licensed.

Nearly a fifth of not-for-profit legal advice centres are planning to charge for services as a strategy to survive cuts in legal aid, according to a recent study. Late last year we reported that Islington Law Centre had also submitted an ABS application.