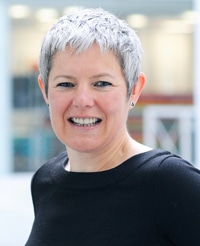 Dixon: no option but to resign

In a letter to members of the ruling council, seen by this website, Ms Dixon said: “It is my firm belief that the Law Society will not be perceived by its members and other key stakeholders to have changed and to be representative of solicitors and the diverse solicitor profession, without changing the way it is governed.

“The Law Society’s governance is costly (over £2m per annum not taking into account my time or my executive’s and staff time in reporting), bureaucratic and does not reflect how successful modern organisations, including membership organisations, operate.”

She said she found it “impossible” to navigate the complex and often overlapping boards and committees in a way which best served the organisation and its members.

“This is not news to council. When asked to describe the Law Society, you chose the words moribund, old-fashioned and bureaucratic (to name a few), and wanted (as I do) for the organisation to be less bureaucratic and more responsive and agile.

“Yet, when council was given the opportunity to bring about a change as to how the organisation is governed, regrettably from my perspective, it chose to vote against and/or delay such change – even though I know that many of you want to see meaningful change within the Law Society.

“Council voted against limiting terms – which would have enabled more members of the profession to get involved and critically decided that we cannot start implementing a new main board until council seats have been reviewed.”

Ms Dixon listed several achievements she was proud of during her tenure and said she believed “we have moved the organisation on and that it is in much better shape than it was when I took over”.

However, she continued: “It had taken council nearly a year to get to a point where a decision could have been made to start making changes to governance.

“As any implementation of a main board will not now start until further work has been undertaken on council seats, as optimistic as I am, I fail to see how this work can be completed in a timely way – particularly taking into account the external pressures on the Law Society to demonstrate effective and modern governance arrangements, which should not be underestimated.

“If the external environment was not so hostile, the Law Society could take its time to review its governance and make any changes at its own pace. However, the organisation does not have this luxury.

“Others are intent on harming it and the profession it serves. We should not give them any ability to be critical of us – and yet we have, as our failure to change means that we don’t have the right governance arrangements to enable us to effectively respond to this hostile environment, leaving us vulnerable at this critical time.”

Ms Dixon said she and her executive team spent “a disproportionate amount of time” navigating their way through the governance, often reporting and seeking approval at multiple boards and at council.

“This wastes time and precious resources – which are currently funded by our members (of which I am one). I cannot in good faith continue to be CEO of an organisation which is seemingly not mindful of this and not prepared to change.

“I want to be part of an organisation with a board and council which works effectively and collaboratively with its executive. I want to take responsibility as CEO and be accountable. For me this means being part of a board which has the expertise, experience and skill sets to oversee a complex multi-million pound organisation.

“I believe that boards should make collective decisions which their senior executive are party to and which the board stands behind and is accountable for. I don’t see the role of a CEO as merely attending and reporting to a board. If this is how council sees the role of the Law Society CEO, (which the agreed main board structure suggests it does), then unfortunately this is not me.

“It is for this reason and because of the failure to agree to progress with the creation of a main board that I have decided to leave the Law Society. I cannot in good conscience continue to act as the CEO of an organisation when I do not support the decision by council not to rigorously pursue governance reform in what I believe is in the best interests of the profession and the organisation.

“Therefore, just like any accountable board member who does not support a critical decision of that board, I feel that I am left with no option but to resign.”

In a statement, Law Society president Robert Bourns said: “We are extremely grateful to Catherine for her tireless and effective work for the Law Society as chief executive. Her achievements in the last two years are numerous and include delivering a new strategy and three year plan, building our influence and thought leadership and promoting member focus at the heart of our work.

“I note Catherine’s comments on the pace of the governance review. It is important that we press on with changes in order to take the organisation and the profession forward. I aim to use the rest of my presidency to help drive the next stage of the review and propose further changes.

“We will be announcing plans for the recruitment of a new CEO in due course and in the meantime will focus with Catherine on the substantial work in progress.”