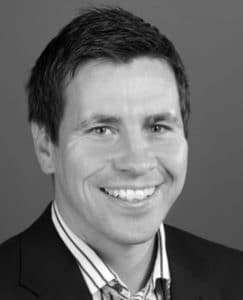 Howell: lawyers can learn from accountants

A west country agricultural law specialist firm has launched an alternative business structure (ABS) with financial backing from a firm of accountants, with the aim of growing the practice five-fold.

Rubric Law, which operates from premises known as The Cowshed, Manor Farm, in Aust, Bristol, took external investment from Moore Scarrott, which is one of the largest veterinary accountancy practices in the UK.

The firm will be rebranding immediately to MS Rubric. However, the Solicitors Regulation Authority granted the ABS licence on 1 October, effective immediately, under the firm’s current name, Rubric Law.

There are currently two partners, solicitors James Howell and Claire Lewis, and a third is due to start next week to head the firm’s private client department. Rubric is also actively seeking a commercial property lawyer.

Mr Howell, Rubric’s only equity partner, who is the ABS’s head of legal practice and of finance and administration, told Legal Futures that ultimately the firm “would like to be about 10 lawyers”.

He said Rubric will now hope to “mirror” Moore Scarrott in offering legal services to vets. He was “excited” about the link-up and believed there were both “synergies and opportunities”. The two businesses were introduced by a mutual contact.

He added: “We’re now part of a larger organisation but will be still fairly autonomous. We get to share their clients, we get to do joint marketing; we are complementing what they’re doing. It works very well.”

The next step was to “get a skillset in place”, he said. “although we can cover quite a bit now in terms of commercial, employment and private client”. After a commercial property lawyer, the firm would “probably be looking for a corporate specialist to come on board as well”.

On taking external investment, Mr Howell said he could understand why a large law practice that took referrals from several firms of accountants might not want to team up with just one, but for his practice it was an excellent fit.

He continued: “I think we lawyers could learn a lot from accountants, to be frank. I think as business people they are very astute on the whole.

“[Moore Scarrott is] going to take a backseat as far as the day-to-day running of the business is concerned. They’ve got their hands full with what they do. It’s very much me trying to build it up and they will support us however they can.”

He said he expected the two businesses would remain separate, but added: “Eventually we will probably take more of their name. We are re-branding now. There will be a new logo and we have launched a change of name with Companies House.”

Its website describes the firm as “accountants, taxation and business development specialists”. One of the three partners is Andy Moore, who co-founded the firm in 2001 and is the son of a vet.