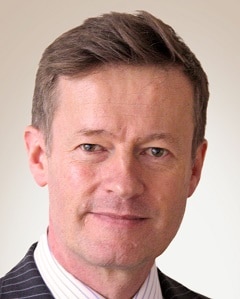 The move to move Kent County Council’s legal team into an alternative business structure (ABS) is now well underway, with a white-label service to private law firms for routine work likely to be part of its offering, Legal Futures can reveal.

The council has gone through a lengthy procurement that initially aimed to find a joint venture partner, but the well-known and pioneering head of Kent Legal Services (KLS), Geoff Wild, said the process had actually led to the decision that it would go alone.

Unlike some other local authorities which have bolted on an ABS to their in-house legal departments, all but five of KLS’s 125 lawyers and 35 support staff will move to the ABS in new offices in Maidstone.

The planned start-date is April 2017, allowing for the procurement and installation of a new IT system, with an ABS licence from the Solicitors Regulation Authority (SRA) expected around November.

The council will be the sole shareholder and Mr Wild said there had been independence issues to discuss and clarify with the SRA.

Those who stay at the council will form a commissioning group – what Mr Wild described as an “intelligent client” – and also provide high-level governance advice to the council.

Indeed, Mr Wild’s job has now gone – he is chief executive (designate) of the ABS – while Ben Watts has been named interim general counsel of the council.

All other legal services will be handled by the ABS under a 10-year contract. Its working name is Invicta Law – adverts to recruit a financial director and head of business development have gone out under that brand – but Mr Wild said a new name and branding would be revealed in a few weeks’ time.

Mr Wild explained that there were four tests the ABS had to pass to justify the move. First, it has to be cheaper for the council than the current in-house arrangement.

He said this had proven a “tough challenge” but investment in technology would allow the ABS to “strip out the manual elements” presently undertaken and improve operations through a client portal.

As an ABS he would be able to access bank capital to make the investment, which the council would otherwise have struggled to do. Mr Wild said that while there are no plans at the moment to seek third-party investment, “never say never”.

The second test was that the work has to be better in terms of performance, outcomes and efficiency, which he said the new technology should help achieve.

The third test was to be more profitable. Last year KLS brought in £2.6m from working for other public authorities, its best year to date, but Mr Wild said: “We can definitely improve on that because SRA rules prevent in-house teams from trading widely. We can now work for a far wider range of clients.”

He said the ABS would focus on the £3bn legal spend across the public sector, from central government to local government bodies and those connected to the health, education, and emergency services.

The final test was that the council would have an “appreciating capital asset”. This would allow Kent, in future, to sell all or part of the ABS for a “considerable profit”, Mr Wild said, although he stressed that this was not in the thinking at the moment.

By contrast, “if we stayed as we are, I’d be presiding over a shrinking service”, as a result of further SRA restrictions on what in-house lawyers can do, along with ever-tighter local government finances.

He shied away from the suggestion that private practice firms should be worried about the ABS, but said: “There are a number of law firms that have placed themselves in the public sector arena. We’ve been taking on the private sector for many years and that competition will not get any easier… I feel we will be able to compete and take a share of the market.”

However, he said he was also hoping to work with private firms to white label their routine work, such as property transactions, that they could not do profitably.

Mr Wild has long been pushing the boundaries of what local government legal teams can do and he said he was always looking to do that – “not just for the staff and the organisation, but for me personally too”.