Exclusive: “The impact has been devastating but I have to stand up to discrimination,” says barrister suing BSB 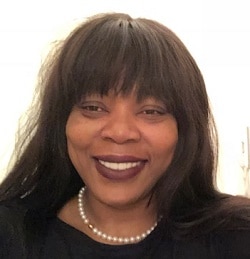 The barrister who won the first stage of her battle with the Bar Standards Board (BSB) at the Supreme Court last week said the impact of almost five years of litigation had been “completely devastating” for her law firm.

Portia O’Connor told Legal Futures she was “very pleased” with the ruling that her race discrimination claim was not brought out of time, but also suggested that the courts “have their own problem with discrimination”.

“I have asked myself more than once why the case had to go this far,” Ms O’Connor said. “I don’t blame only the BSB. It could have been dealt with differently by the courts.

“The courts repeatedly made questionable decisions. They have their own problem with discrimination. I know that I am treated less favourably. These are the things you don’t talk about if you want to pay your mortgage.”

Ms O’Connor claimed she was “effectively committing professional suicide” by launching her legal action against the BSB in 2013.

“Whoever stands up to discrimination has to take risks. If we’re too frightened, nothing will change.”

Ms O’Connor said black barristers such as herself knew they were “at a disadvantage in the courts”, where they faced “a sophisticated and nebulous form of discrimination that is scary”.

However, she highlighted the importance of last week’s unanimous Supreme Court ruling in her favour.

“If the Court of Appeal’s decision had stood, to take action against the BSB you would have to take it while the disciplinary action was still going on. That would have been preposterous. The BSB would have been untouchable.”

Ms O’Connor was the first barrister to become a partner with a solicitor in a legal disciplinary partnership, Pegasus LDP, back in 2010.

The following year she was convicted by a Bar disciplinary tribunal of conducting litigation in breach of the Bar’s code of conduct, a ruling reversed in 2012 by the Visitors to the Inns of Court.

Ms O’Connor launched her legal action in February 2013, claiming compensation from the BSB for breaching her human rights through racial discrimination.

The High Court struck out her claim, on the grounds that it fell outside the one-year limitation period, a ruling upheld last year by the Court of Appeal.

“As time passed, anger was replaced by exhaustion,” Ms O’Connor said. “I know I had a good case for indirect discrimination. The only way for the BSB to defeat it would have been to have had the rules and procedures in place to prevent discrimination, which an independent report said were not in place.

“It’s about the way I was treated. I’m not relying on statistics. I was prosecuted out of time for a rule I didn’t breach.”

The Supreme Court ruling has opened the way for Ms O’Connor to pursue her discrimination claim against the BSB in the High Court.

“I really haven’t come to a decision as to how I move forward,” she said. “The idea of continuing with this for a year or more is not appealing in the least. I’m going to take the next couple of weeks to think about where I go from here.

“The High Court hearing would probably be later next year, so the whole thing would be getting on for six years.”

Ms O’Connor estimated that her own costs for the proceedings so far were £250,000. She said the BSB’s costs would be “more than that”.

Ms O’Connor conducted the litigation herself, and was represented at the High Court and Court of Appeal by Hugh Southey QC and at the Supreme Court by Mark Anderson QC.

She said that one of the biggest impacts on her and her firm was when their names were searched on Google, and the first thing people saw was ‘barrister charged with five counts of misconduct’.

“The fall-out has dominated my practice and been completely devastating. I am still getting fall-out from this today.”