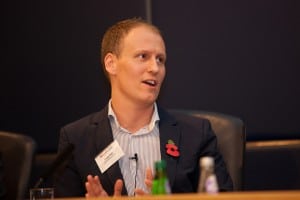 QualitySolicitors founder Craig Holt is joining online legal business LegalZoom – which claims to be the best known legal brand in America – to spearhead its UK expansion, Legal Futures has learned.

We understand that LegalZoom has been in talks with QS for several months ahead of last Friday’s announcement to QS firms that Mr Holt was leaving the network he created in 2008.

LegalZoom, which declined to comment, soft-launched in the UK in late 2013 in association with QS but has had no profile in the year since. A full announcement on its plans is expected shortly.

At the turn of 2014, LegalZoom also sold a large chunk of its business to leading European private equity company Permira, and in a statement at the time the pair said “the Permira funds’ backing strengthens LegalZoom’s ability to move forward with its significant growth plans, which include potential acquisitions in both the US and abroad”.

Permira also jointly owns Acromas, the holding company for the AA and Saga at the time both received alternative business structure licences last year. It has exited the AA investment following the breakdown company’s public listing in the summer, but Acromas remains the majority owner of Saga despite its listing.

Dipan Patel, a principal at Permira, said at the time of the deal: “LegalZoom is a clear leader in the huge untapped market for small business and family law. The company has strong brand recognition, a unique value proposition and a proven track record.”

To date LegalZoom has been behind US rival Rocket Lawyer in its development on this side of the Atlantic, but the recruitment of Mr Holt is a major signal of intent that it has serious plans for the UK.