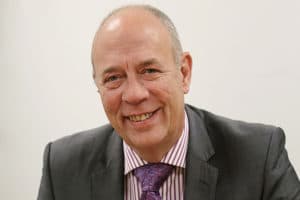 A business that supplies unregulated legal services to SME clients worldwide via a virtual law firm using more than 100 consultant lawyers, has added an alternative business structure (ABS) to its group to offer regulated services to UK consumers.

360 Law Group is believed to be the only business that offers a regulated and unregulated practice within the same group, is about to purchase a five-partner north-east law firm – also an ABS – to boost the UK services.

The Surrey-based operation currently involves around 35 consultants in the UK and a further 80 around the world.

The group claims to be the only legal services business to offer subscription-based services to global clients through a network of consultant lawyers based throughout the world. It also claims to provide services at up to 60% savings.

Chief executive and general counsel Robert Taylor told Legal Futures that the reason for creating the ABS was that while businesses were used to “contracting liability”, consumers were not and “therefore legal services to the consumer market should be undertaken on a regulated basis” in order that they be properly protected by regulatory oversight.

Corporate clients are either offered legal services at a rate of £135 per hour or by monthly subscription on 12-month contracts. The company publishes subscription prices, which range from £1,282 monthly for 10 hours to £11,812 for 125 hours.

Once a subscription has been agreed, clients are not charged extra if they exceed the hours allotted under their scheme, but the contract may be renegotiated upon renewal.

Mr Taylor – a barrister who was legal counsel to various large international software companies – said 360 started about three and a half years ago, offering exclusively unreserved legal services to corporate clients. It was “90% consultant based”, he said.

Consultants “transact in firm’s name” and receive the benefit of company-wide professional indemnity insurance plus IT, case management and accounting support.

Due to client demand for global subscription services, after about 18 months the company contracted with consultants in the US, then Australia, followed by “every country in Europe”.

He said after that, the company launched in more jurisdictions “such as China and Russia”. It even has a consultant in Madagascar and takes on “obscure areas of law that we never thought we would go into, like marine”.

The Solicitors Regulation Authority granted an ABS licence earlier this month. The process took around four and a half months, Mr Taylor said, adding that the regulator told 360 it would “be the first company that does regulated and unregulated practice within the same group”.

He expected the ABS would “cover every area of law in the UK”.

Mr Taylor was open about the process of assessing the value of subscriptions. He admitted that in the “early days we did make some mistakes where we made a loss”, but on renewal 360 increased the prices and clients responded ‘yes, we thought you might increase them’.

But the company had become more accurate at estimating volumes of commercial work. “We set the figure at day one for the first three months and then at the end of three months we analyse what has gone on and we then set that in stone for the next 12 months,” he explained.

He said 360 would honour its commitment and only renegotiate after 12 months in certain circumstances. These were if the client acquired a new business and legal work expanded accordingly, or if the client increased the number of jurisdictions in which it worked.

“Other than those two things we would not go back and renegotiate. We would just incur that loss,” said Mr Taylor.

“The hope is that in 99% of cases we’ve got it right and they turn a profit at the end of the day.”

He continued that “major benefits” of the subscription model included: “We charge three months in advance so it’s great for cash flow, and obviously because they are long-term contracts as opposed to being periodic work.”

He concluded: “Value wise it’s a lot better. But yes, there is risk in the front end of it.”

Mr Taylor said that 360’s business model meant “we could probably double our capacity without breaking too much sweat – because we’ve got so many consultants around the world and we’ve got capacity built into that. Our IT is also extremely efficient”.

He would not reveal details of the north-east law firm but said 360 had worked with it “for over a year”.

The firm had five partners and nine support staff, which would be “rolled into our practice”. Some members would join 360 “at board level” and others “as consultants”.

He elaborated: “All the staff will be absorbed into things like case management, accounts, and all the stuff you need to run a regulated practice.”