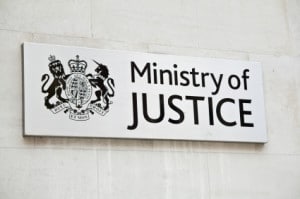 The Ministry of Justice (MoJ) has given its strongest indication yet that, once the legal regulators become independent, lawyers will no longer be compelled to make a financial contribution to their representative bodies.

A spokesman told Legal Futures that “the government intends to make regulatory bodies independent from their representative bodies, which should reduce lawyers’ practising fees in some cases”.

He said independence would make “the different responsibilities of regulators and representative bodies, and their respective costs, more transparent”.

The Law Society and Solicitors Regulation Authority (SRA) have been locked in an increasingly bitter argument over the nature of independence.

The SRA is simply seeking structural independence on top of its current functions, while the Law Society wants the power to set standards and entry to the profession returned to its control, leaving the SRA focused on minimum regulatory requirements and enforcement. The MoJ statement sounded like support for the SRA’s position.

The reform also opens up the question of whether the Law Society – and other representative bodies such as the Bar Council – should still be allowed to use practising fees to levy their communities for non-regulatory activities deemed to be in the public interest, as set out in section 51 of the Legal Services Act.

In the current practising year, the Law Society took £35m – around a third of all practising fees gathered – to fund its work. The MoJ statement throws considerable doubt on whether the society will be able to maintain this position. The SRA has been clear that it believes it should not.

As the MoJ statement indicates, the cost of practising would fall significantly if this element were removed.

The statement came in response to our query on when the planned consultation on independence, and also on removing some restrictions on the licensing of alternative business structures, would be published.

The spokesman said the MoJ would consult “on the detail of these proposals” by spring 2016. Legal Futures believes the current expectation is that the consultation will be published within the next few weeks.

The Bar Council said earlier his month, in response to a Legal Services Board consultation on its draft business plan: “The Bar Council is not in favour of further regulatory independence.

“We do not think it is helpful that the LSB and BSB [Bar Standards Board] are calling for this ahead of the government’s consultation on the matter and in isolation from the whole regulatory framework underpinned by the LSA 2007.

“There is no convincing evidence that the work of the BSB has been hampered by the role of the Bar Council as specified under the Act and there is, therefore, no case for taking steps to make the BSB completely separate.”

The MoJ was less forthcoming on the date for publication of its consultation on whiplash reform, including an end to general damages and increase in the small claims limit for personal injury cases to £5,000. A spokeswoman said only that it would be published “in due course”.

The Association of Personal Injury Lawyers has said that almost 100 of its members have written to MPs stating their objections to the changes, and called on solicitors to take part in its small claims survey.

Meanwhile at the Department of Health, there is still no date for launch of the consultation on fixed fees in medical negligence cases for cases worth up to £250,000.

Master Cook, a Queen’s Bench Master, argued last week that costs budgeting was starting to work in medical negligence and claims of more than £50,000 could not be classified as lower value.

A spokesman for the Department of Health said: “We will be consulting in the coming months. We don’t have a specific date yet.”