Free2Convey to relaunch “within weeks” 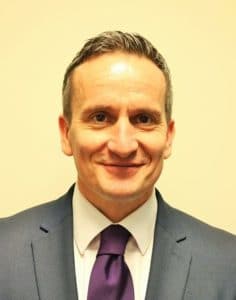 Lancaster: “all you need to do is log on”

Free2Convey, the conveyancing portal designed as a free rival to the Law Society’s failed portal Veyo, is to relaunch itself to conveyancers, estate agents and the public “within weeks”, it has emerged.

Matt Lancaster, who has led development of Free2Convey, told Legal Futures that he hoped the portal would be used “by the majority of conveyancing firms” by the end of this year.

Mr Lancaster said Free2Convey would enable all the parties in a conveyancing transaction to see, for the first time, the progress of their chain and where any hold-ups might be.

“We’re in uncharted territory here,” Mr Lancaster said. “All the information will be available in real time through the one portal.

“There’s no installation or set up to worry about. All you need to do is log on. It’s similar to social media in that respect – like LinkedIn or Facebook.”

Mr Lancaster said a marketing campaign would be launched within a month, lasting for up to six months, targeting conveyancers, estate agents and consumers.

“Veyo launched a big marketing push before they had a live product,” he said. “We’ve got a live product and it’s been tested. The absolutely last thing we have to do is the marketing.”

Free2Convey was initially launched in February this year, in association with the Legal Software Suppliers Association (LSSA).

Mr Lancaster, sales and marketing director of technology firm Pracctice, said the portal would be relaunched as an “application in its own right”, developed and owned by his firm.

At the time of its launch earlier this year, Mr Lancaster was chairman of the LSSA. However, following the association’s AGM last month and the arrival of new chairman Julian Bryan, the LSSA decided to end its agreement with Free2Convey.

Mr Bryan, managing director of Quill Pinpoint, said that instead of the umbrella agreement, individual members of the LSSA would have “separate commercial arrangements” with the portal.

“When Free2Convey was being developed, LSSA members were very fearful of Veyo,” Mr Lancaster said. “Veyo was being promoted partly as competition to the case management providers, which meant everyone backed Free2Convey.

Mr Lancaster said Pracctice “anticipated” the reaction, by developing Free2Convey to work in isolation. He said LSSA firms or any other software companies could still integrate their systems with Free2Convey.

If a law firm’s case management provider did not want to integrate, and the law firm did not want to change supplier, Mr Lancaster said conveyancers would still be able to use the portal as a stand-alone application. He said more details would be announced with the marketing campaign.

Mr Lancaster said Free2Convey had been piloted with law firms and was already being used by a “handful” of them, but did not give numbers.

He would also not comment on any plans by Free2Convey to generate income. “We’re not putting the focus on monetising it, but on making the product available. We’re doing it because we believe there is a demand for it.”