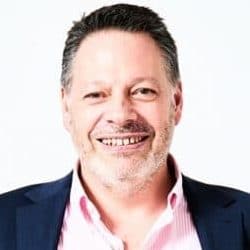 Burne: Plan to have four firms on the platform by the end of 2021

The first law firms have joined a platform developed by virtual firm Carbon Law Partners, where they will operate as trading names under its umbrella alternative business structure.

Michael Burne, founder and chief executive of Carbon, described the Bamboo platform as a “natural extension of the consultant solicitor model in a market ripe for change”.

Unique Solutions Legal, a firm based in Manchester which specialises in consumer credit agreements, joined Bamboo as a further trading name in September last year.

This was followed in May 2021 by HooperHyde, a commercial and litigation firm based in Solihull.

Mr Burne said his aim was to have four firms, excluding Carbon, on the Bamboo platform by the end of this year – each with a turnover of between £500,000 and £1m.

He said he was currently talking to an accountancy firm “fed up with referring work to lawyers and getting nothing for it” about joining the platform.

There was also interest from two or three European firms wanting to open offices in London.

“We’re exploring these options one at a time,” he said. “We’ve turned down a number of quite large opportunities which did not make sense to us.”

Mr Burne was a solicitor at Dentons and Allen & Overy before becoming an in-house lawyer and setting up Carbon Law Partners in 2014, as a virtual firm operating on a ‘hub and spoke’ model.

He said the idea behind Bamboo had been in his and chief operating officer William Brewis’s minds for “many years”.

One of the reasons why the introduction of ABSs had not produced the “degree of change anticipated” was the difficulty in setting up an ABS and getting professional indemnity insurance for it, he suggested.

Bamboo could provide lawyers with “everything they need to run a law firm”, from back-office functions to compliance and professional indemnity insurance.

He said Bamboo could also help lawyers set up their own website and find clients. In return, Bamboo would keep a percentage of the firm’s revenue.

He added that before the pandemic Carbon considered raising external funding for Bamboo, but decided against it.

The number of consultants or ‘partners’ working for Carbon has fallen by a quarter over the last couple of years, but turnover had remained “roughly the same”, because productivity had gone up by a third, the solicitor revealed.

Back in 2018, class action firm PGMBM (then called SPG Law) fast-tracked its launch by using the platform of another virtual firm, Excello Law, and continues to operate that way.