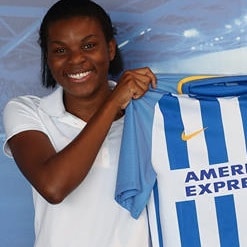 The first alternative business structure (ABS) licensed by the Bar Standards Board (BSB) – a combination of barristers and football agents – has shut down, Legal Futures can reveal.

VII Law brought together barristers from 2 Dr Johnson’s Buildings (2DJB) and VII Management, a sports, entertainment and media business set up by George Gros, who was one of the partners of the law firm.

Along with four barristers from 2DJB – including head of chambers Mark Love – the sixth partner of VII Law was well-known football agent Jerome Anderson.

It was licensed in May 2017 and promised to offer a “professional and regulated package of services for modern professional footballers, managers and clubs”.

However, Mr Gros confirmed to us that it has now closed but he did not explain why, and members of 2DJB have not responded to requests for comment.

The firm’s social media accounts do not indicate much about the work it attracted, except that it acted for Nigerian international Ini-Abasi Umotong on her transfer to Brighton & Hove Albion.

The BSB’s ABS regime has not taken off; there are currently just 10 listed on its register, of which six appear on their face appear to be companies with a barrister and their spouse as the directors.

Some of these barristers make clear on their chambers’ websites that they provide their services through their companies – such as Joshua Munro of Hailsham Chambers, Duncan Maxwell-Stewart of 4PB and Roger Quickfall of Park Lane Plowden.

Another, Darren Bartlett, practises directly to the public through his ABS, DBTR Legal Services in Eastleigh, Hampshire, which he markets as a “barrister-led company”. He specialises in particular in claimant credit hire cases involving taxis.

They were followed by Marlborough Law – a high street firm set up by solicitors with no barrister involvement – and The Divorce Surgery, a pioneering service set up by two family law barristers at 4PB that enables separating couples to obtain advice from a single legal expert at any point in the process.