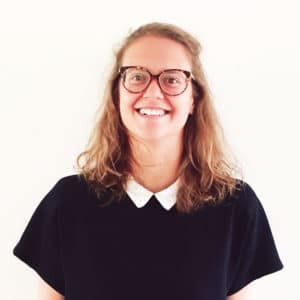 A European legal services provider specialising in advising tech companies has launched a prototype of what it calls the first business-to-business legal chatbot and, continuing its rapid expansion, plans to open a London office at the end of the year.

The Jurists, which was founded in 2009 and has offices in Belgium, the Netherlands and Paris, also has plans to open in Budapest, Hungary, soon after the UK.

It first opened in Ghent in the Flemish region of Belgium and then in the capital, Brussels, to serve French-speaking Belgians.

The Jurists is not a law firm and focuses on unreserved legal activities. But it employs a number of qualified lawyers and paralegals. When litigation services are required, it has partnerships with law firms in each of the cities in which it operates.

Since 2015 the business has received multiple investments from massive Belgian business incubator the Cronos Group, which has a turnover of over €400m.

The chatbot, dubbed Lee & Ally, is being developed in Dutch, French and English, and promises to give “understandable answers to your legal questions”.

Its developers promise to back it up with a seven-day-a-week “human help desk… if you do not get the desired answer” via chat, mail or telephone. The plan is to charge businesses €99 per month for unlimited use.

The name Lee & Ally is derived from a combination of ‘legal’ and ‘artificially’ and was arrived at with the help of a marketing company.

Another, less sophisticated, chatbot known as Spectr is currently up and running and was a test bed for Lee & Ally. It answers simple questions and refers users to the European offices.

The Jurists’ founder and managing partner, Matthias Dobbelaere-Welvaert, wrote in a blog earlier this month that “99% of the law can be automated”.

He added: “Don’t tell the average lawyer, because you won’t be making any friends. And yet, it’s the truth…

“AI and machine learning will change the economy drastically, and forever… For the past seven years, I have been dreaming of making the legal world relevant and accessible for everyone.”

Speaking to Legal Futures from Belgium, Morgane Van Ermengem, who will head the London office, said she planned to move to the UK at the end of November. The office would “probably be in Shoreditch” – the London heart of tech businesses.

Ms Van Ermengem – who worked as an associate in the Brussels office of US law firm White & Case – said Lee & Ally’s goal was to “make law more democratic, more transparent, more accessible to everyone” by saving money when compared to traditional legal advice.

It was aimed initially at smaller businesses but in time “we want to spread out to consumers and bigger companies… to make sure that people can get legal advice for simple questions without having to pay a ridiculous amount of money for a first interview or first phone call”.

Producing it in three languages was “quite complex”, she said: “The AI in the bot works with language recognition and is capable of understanding the open question that is asked, so it doesn’t really work on keywords like a normal chatbot would do.

Lee & Ally worked “right now for the Dutch Flemish market” and the English and French versions were due to be completed by the end of the year. “But the AI has to be developed for each language very specifically,” she said.

She explained that The Jurists had expanded rapidly because the model of using lawyers to supervise paralegals as low-cost advisers was popular with clients: “To access the legal profession… you have to join the Bar first which is a major financial commitment.

“But there’s also a whole part that is about consultancy and very straightforward cases where people are just looking for basic advice.

“We believe that, for example, start-ups and small businesses shouldn’t have to pay ridiculous amounts of money for this very simple and straightforward advice that can be automated quite easily.

“If the case goes to court we have partners for that, but we pride ourselves on saying that we do not want to go to court and will do everything to avoid our clients having to go to court.”