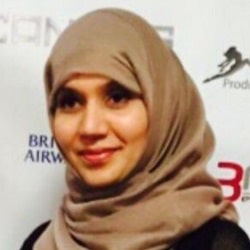 Kahn: We already have people waiting to use the service

A domestic violence charity has set up an alternative business structure (ABS) to provide legal services for people who are not eligible for legal aid but cannot afford to pay for a private practice solicitor.

Yasmin Khan, chief executive of Staying Put, said the idea was inspired partly by working with litigants in person in the family courts and the aim was to charge 20-30% less than high street lawyers.

Ms Khan said Affordable Legal Services @ Staying Put (ALS) would be based in Bradford and was made possible by a grant of £105,000 received last year from the Police and Crime Commissioner for West Yorkshire.

“We had been thinking about this for five years and I had this vision, especially when the legal aid reforms came in, of enabling people to access legal support,” she explained.

“There is nothing for those people who are not eligible for legal aid and would not be able to afford a high street solicitor.”

Ms Khan said ALS would assess potential clients’ eligibility for legal aid, and if they were eligible, send them to a high street law firm.

She said one of the reasons that ALS was chosen to receive funding from the Police and Crime Commissioner ahead of other Yorkshire charities was because it “fitted in with their strategy of safeguarding victims of domestic violence and sexual abuse”.

Ms Khan said ALS was a not-for-profit social enterprise, and when the funding from the commissioner came to an end in six months’ time, would have to be sustainable through the fees it charged.

When ALS is fully operational next month, most of its work will come from referrals from the Staying Put Group, although people will be able to access the service independently.

ALS was granted an ABS license by the Solicitors Regulation Authority in May, effective from the end of last month.

It has one solicitor, Asia Majid, who is also its executive director and head of legal practice. The two other directors are Colin Meredith, head of finance and administration, and Shelley Black, who are also directors of Staying Put.

Ms Khan said it was likely that, over the next year, ALS would have to recruit more solicitors.

“We already have people waiting to use the service. We are aware that it is likely we will be overwhelmed with work once we are up and running and we will have to recruit again.”

Ms Khan said ALS would specialise in family law work, and hoped to offer rates of around £59 to £69 per hour compared to the hourly rates of up to £200 charged by high street lawyers.

She said a website was being built for ALS, which would publish guideline fees in a “clear and transparent” way.