Exclusive: complaints against barristers soar as solicitors take them to task over fees 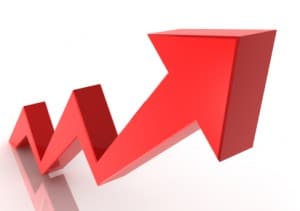 There has been a sharp rise in the number of complaints against barristers this year, with solicitors increasingly complaining, Legal Futures can reveal.

Complaints received by Dr Ann Barker, the bar’s Complaints Commissioner, were 38% higher in the first quarter of 2010 than in the same period last year, and 36% up on the last quarter of 2009. Overall 729 complaints were received in 2009, which was a 13% fall on the year before that.

Dr Barker highlighted two particular reasons for the growth at last week’s Bar Standards Board meeting – more allegations of professional negligence that are presented as allegations for inadequate service, and the impact of greater direct access to barristers. She said that although barristers were sending out proper client-care letters, a lack of understanding meant that clients were “surprised” to find their barrister not available when a solicitor might be.

“My suspicion is that both of these will go up because of the recession,” she added. Dr Carver continued that she is seeing an “increasing number of solicitors complaining”, mainly about fees. She gave the example of a solicitor who has already paid the barrister’s fee, only to receive a complaint from the client about the barrister’s services and a demand a reduction in the fee. Dr Barker said she refers such matters on to the joint tribunal that deals with fee disputes between solicitors and barristers.

Sue Carr QC, who chairs the compliance committee, told the board that the rise might also be attributable to greater publicity about how to complain available on its website.

Dr Carver’s office will come to end once the new Legal Ombudsman service starts on 6 October.