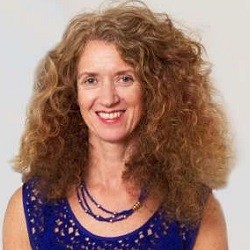 Co-operative Legal Services – the poster child of the alternative business structure (ABS) era – is planning major expansion over the next five years to become a £100m operation.

In an interview with Legal Futures, CLS managing director Caoilionn Hurley said it was looking to accelerate growth through the business-to-business partnerships it was forming “and the volumes we would develop through those”.

In 2021 alone, CLS formed partnerships with 19 new banks, financial services providers and charities. They included the Openwork Partnership, one of the UK’s largest financial advice and investment networks, and Elder, a leading provider of live-in care services.

Though this was up just 3%, Ms Hurley said the figure masked the fact that CLS stopped taking new low-value personal injury claims in December 2020, which had previously been a significant source of revenue and profit – growth was 9% excluding these discontinued operations.

CLS said probate work drove the increases, with case openings up by over 20% year on year, with estate planning recording an 11% jump in revenue.

It has 600 staff across offices in Manchester, Bristol, Sheffield, Stratford-upon-Avon and London; around 40% of those in case-handling roles are qualified lawyers and CLS offers training and apprenticeships for staff seeking legal qualifications.

As well as organic growth, CLS has proved itself willing to acquire businesses too and Ms Hurley said this could well play a role in the future too.

“We’re very open to acquisitions because we still have several of the people from the first business we acquired [wills, trust and probate company Collective Legal Solutions, in 2016]… We have a team that knows how to integrate businesses quickly and profitably.”

CLS was the second ABS licensed by the Solicitors Regulation Authority in March 2012 – although it had been operating for six years before that – and has had significant ups and downs in the past decade.

This included a £22m loss in 2013, turnover falling by nearly a third in 2015 to £23m, and the 2018 acquisition of Simplify Probate, the UK’s second largest probate business, which led CLS to declare itself the UK’s largest provider of probate services.

Ms Hurley, who studied law at university but qualified as an accountant, joined as finance director in 2014 to help stem the losses and turn the business around.

CLS’s aim now was to become an “inclusive and accessible digital law firm”; it added a digital lasting power of attorney and digital wills service to its offering last year, for example.

She explained that there were a lot of digital services on offer before consumers even engaged with CLS. Though needs were met digitally, CLS always spoke to clients on the telephone, she stressed, and clients who wanted it could have a home visit too.

The internal mantra was ‘however, whenever’, she said.

Co-op members receive preferential rates – one in eight customers in the first quarter of 2022 were members.

Private client and family are the areas of work CLS is best known for, but it handles serious injury and clinical negligence cases – Ms Hurley said people “trust the brand” – and it has a small employment practice.

She is eyeing up Court of Protection and trust administration work as new areas of practice, but remains cautious about conveyancing, which CLS offers through a law firm panel instead of handling itself.

“If we were to look at conveyancing – and do get approached by firms looking to sell – we would look at what value we would be able to unlock,” she said.

She continued: “We’ve been very successful because we’ve acquired businesses, invested in digital internally and externally, and made sure we can scale the business as we grow. We just want to double down on that formula.”

While acknowledging the value of the Co-operative brand, Ms Hurley said it counted for little if customer service did not match, and she was proud of CLS’s Trustpilot score of 4.7.

“It’s great there’s an owner of a law firm that’s the Co-op because everyone knows the profits go into community work and the values and mission of the Co-op Group. Our leadership team take it very seriously. It’s a great advantage but a real responsibility.”

Ms Hurley said she was not surprised that other retail brands have not set up ABSs – the fabled ‘Tesco Law’ has never happened – given that “running law firms well is tough work”.

There have, however, been more entrants in the unregulated market. “Perhaps that’s where people thought it would be easier to get in,” she suggested.

Wills, probate and funerals firm Farewill is an example on CLS’s doorstep – she said she has “a lot of respect for how they’ve built a brand in the space”.

ABS opponents have always cited fears of a corporate owner leaning inappropriately on its law firm, but there has not been a hint of that at CLS, Ms Hurley said.

The Co-op’s general counsel, Helen Grantham, sits on the board of CLS and acts as a “buffer”, on top of the agreements CLS has in place with all of the other businesses in the group. She took over from Alistair Asher, the ex-Allen & Overy partner who was the group general counsel and chair of CLS before his death in 2019.

Ms Hurley said “there was nothing he didn’t understand about the nuances of running a law firm”.

The existence of that wider group is also a big part of CLS’s success – legal services is part of the life planning division, taking in its insurance and funeral businesses too.

“If you think about funerals, insurance and legal services, we are predominantly appealing to slightly older segment and people who have families and some financial assets – similar client appeal and age groups…

“Somebody who is facing or has just had a bereavement might not be aware of things like the car policy not being valid for a named driver after the policyholder has died, vacant properties, funeral wishes – we have a unique insight into how to ensure people are fully aware of what they need to know when they come in through one door.

“What we’re really focused on is how do we put our arms around people in a constructive way to guide them through these life events or planning for them, [using] the connective tissue of our knowledge – how do we put that to work to really help people.

“We’re constantly thinking about this. We’re super cautious about regulation but our job as life services is to use our knowledge and insight to protect and make people’s journeys a lot more manageable.”