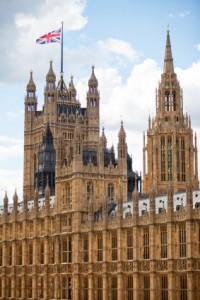 Ministry of Justice (MoJ) officials were wrong to tell MPs this week that the former Chief Legal Ombudsman, Adam Sampson, was dismissed from his post.

The MoJ has sought to blame the Office of Legal Complaints – the board that oversees the Legal Ombudsman (LeO) service – for the error.

Mr Sampson actually resigned and served his notice, his former employer has confirmed.

In an evidence session before the justice select committee on Tuesday, the MoJ’s permanent secretary, Richard Heaton, and his director-general of finance, Ann Beasley, were asked about the events at LeO last year which saw Mr Sampson’s departure amid controversy over his expenses, as revealed at the time by this website.

Under questioning from Conservative MP Alberto Costa, Mr Heaton said that Mr Sampson had “lost his job”. Mr Costa queried this, because it was said at the time that he had resigned. Seemingly uncertain, Mr Heaton – who was not in post when the events occurred – said: “I must say I thought he was dismissed with notice.” Ms Beasley was more definite in declaring: “He was dismissed.” They were asked to confirm the situation after the meeting.

Speaking after the hearing, a spokeswoman for the OLC initially told us that Mr Sampson had been dismissed following a disciplinary hearing. After we queried this, however, she issued a further statement yesterday.

This said: “Mr Sampson resigned in November 2014 giving six months’ notice. A subsequent disciplinary hearing concluded that Mr Sampson should be dismissed without notice. Mr Sampson appealed. The appeal panel determined that dismissal without notice was too harsh a sanction, although they agreed that dismissal with notice would have been appropriate. Mr Sampson was therefore reinstated for the remainder of his notice period until his prior resignation took effect.”

In response to this, an MoJ spokeswoman told Legal Futures: “We have consistently been led to believe by Mr Sampson’s former employer, the Office of Legal Complaints, that Mr Sampson was dismissed by them with notice.

“We have contacted them for urgent clarification of their statement and understand they will write to the justice select committee to clarify the matter.”

The OLC would not comment on this, nor confirm the basis of the appeal panel’s statement that dismissal with notice would have been appropriate, and specifically whether this related to Mr Sampson’s expenses, or the fact that the MoJ had stripped him of his role as LeO’s accounting officer, or some other matter.

We understand that losing the accounting officer role was an automatic breach of his employment contract.

Mr Sampson told Legal Futures: “My approach to my expenses was that agreed with the then board of the OLC, as was proper under the Legal Services Act, and they had been audited and signed off by the National Audit Office for five years.

“However, once it became clear that the [then] permanent secretary and OLC chair took a different view, I immediately resigned and left the office in order to avoid the reputation of LeO suffering this sort of damage. Having 11 months later been forced to intervene to correct one palpable falsehood, I am now presented with a new OLC interpretation of events which is equally misleading, particularly since the appeal panel found that I acted entirely in good faith, with no dishonesty and no attempt at concealment.

“However, I have not been ombudsman for nearly a year and do not propose to get drawn further into an unfortunate session of ‘who said what’ and ‘what ifs’ between the OLC and the MoJ.”

In his evidence to the select committee, Mr Heaton said: “It turned out that [Mr Sampson] had expenses arrangements agreed with his board that were not approved by the department and were outside what would normally be approved in the public sector. And there were certain remuneration arrangements for senior staff which were similarly out of kilter in the public sector.

“Those things shouldn’t have happened. They weren’t fraudulent or wrong in that sense but were outside the Treasury guidance of what you should do when spending public money.”

He acknowledged that the arrangements around Mr Sampson’s expenses would have “passed muster in a lot of organisations”, but said it was different in the public sector.

Mr Heaton said the MoJ had commissioned a review of LeO’s governance, which would be published in January along with LeO’s annual report, and that accounting officer status would remain with an MoJ official until he was satisfied with the quality of the organisation’s governance.