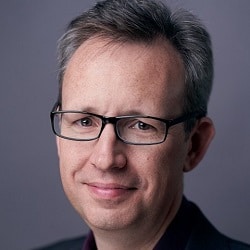 Somerville: Ruling opens the door to thousands of other claimants

A barrister who sits as a tribunal chair for the Nursing and Midwifery Council (NMC) is a ‘worker’ and entitled to holiday pay, an employment tribunal has ruled, opening the door to thousands of other claims.

Employment Judge Massarella found that although the NMC told Robin Somerville he was being appointed as an independent contractor, he was in fact a ‘worker’ under the Employment Rights Act 1996.

Mr Somerville – who practises from Clerksroom – told Legal Futures that, unless successfully appealed, the ruling “opens the door to thousands of other claimants in the same position as I am across a very wide range” of regulators, including the Solicitors Disciplinary Tribunal.

Writing to Mr Somerville to confirm his appointment, the NMC stated: “You are not an employee or an office holder of the NMC. Your appointment as a practice committee member makes you eligible to provide services, as an independent contractor, to the NMC, as a panellist or a panel chair.”

Delivering judgment in Somerville v the Medical Practitioners Tribunal Service and the Nursing and Midwifery Council, Judge Massarella said there was an “overarching contract” between Mr Somerville and the NMC, as well as individual contracts when work was assigned.

For the barrister to be a ‘worker’, the NMC must not be a “client or customer” of the business carried out by him.

The judge said Mr Somerville did not “market his services” to the NMC, but was recruited via a “structured exercise”. Work as a panel member could not be “solicited by direct approach nor generated by advertising”.

There were other factors which pointed to Mr Somerville’s integration into the NMC. The “centrality of the work” to one of the regulator’s main functions, the fact mandatory training was provided, and the requirement on him to do “duty work” when a hearing ended early.

The NMC’s complaints system for panel chairs went beyond “mere monitoring or assessment” or the provision of feedback, and gave the NMC the ability to formally investigate conduct concerns, which could lead to panel members being asked to undertake specific training or lose their appointment.

Judge Massarella said this indicated “a degree of subordination, to which an independent contractor would be unlikely to submit.”

Mr Somerville’s fees were “fixed and non-negotiable” and the NMC had the power unilaterally to reduce or vary them.

Judge Massarella said there were “various structural precautions” in place to provide the “necessary guarantee of independence” for panel members: they were not allowed to be employees of the NMC nor to be members of its council, and there were ‘ethical walls’, such as recruitment by an external agency.

Taken together, the judge said these provisions created the “necessary degree of detachment” consistent with “quasi-judicial independence” but not inconsistent with worker status.

Borrowing a phrase from Mr Justice Elias in a 2007 ruling, Judge Massarella described Mr Somerville as “semi-detached rather than detached”.

He concluded that Mr Somerville was a worker for the purposes of section 230(3)(b) of the Employment Rights Act 1996 and regulation 2(1)(b) of the Working Time Regulations 1998, and entitled to statutory holiday pay.

Mr Somerville’s complaints of age discrimination and unauthorised deduction from wages against the Medical Practitioners Tribunal Service, where he was a tribunal member until 2018, were dismissed as out of time.

Mr Somerville said his view was that, had this not been the case, the judge would have come to a similar conclusion to the NMC.

The tribunal heard that, along with his tribunal and NMC positions, Mr Somerville, who was called in 2012 and completed his pupillage in 2018, sat as magistrate and last year was appointed a judge of the First-tier Tribunal (Social Entitlement Chamber). He previously had a career in the money markets and launched and sold three tech start-ups.

As a barrister, his practice includes employment and regulatory law, and represented himself at the employment tribunal hearings.

Judge Massarella said Mr Somerville’s claim against the NMC would now be listed for a for a case management hearing.

Andrea Sutcliffe, chief executive and registrar at the NMC, said: “We have received the judgment on these preliminary issues and are reviewing it carefully to inform our next steps.”