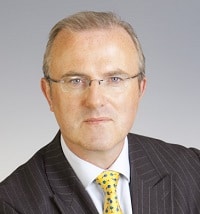 The second alternative business structure to be set up by a US firm in the UK is considering a merger with a firm of forensic accountants, Legal Futures can reveal.

Foran Glennon (UK) LLP, which specialises in insurance-related work, was granted a license by the Solicitors Regulation Authority (SRA) at the end of last month. It is the London office of Foran Glennon Palandech Ponzi & Rudloff, which operates across the US, from San Francisco to New York.

Damian Cleary, one of two partners at Foran Glennon (UK), said ABS status had “triggered all sorts of further ideas” which could be “advantageous to everybody” in the years to come.

“We are slightly more entrepreneurial in our thinking than a standard UK law firm,” he said. “We are interested in how we could attract other capabilities as an alternative business structure, such as an in-house forensic accountancy capability.

Mr Cleary said one of the ways this could happen would be through a merger, with accountants becoming partners in Foran Glennon UK, which is based next to the Lloyd’s building.

He said external investment through private equity was also a possibility and would be considered at the “appropriate time.”

He said both he and fellow partner, Gavin Coull, regarded themselves as entrepreneurial, as did their colleagues in the US.

He said his only concern about being an ABS was that it was new and took a “little more effort and time to push the regulator over the line”.

Mr Cleary, who is both head of legal practice and head of finance and administration, said obtaining an ABS licence took five months – a month longer than he hoped for.

“The SRA said it was quite new for them and wanted to make sure we were doing everything we should.”

Mr Cleary said the original reason why the US firm set up in the City as an ABS was simplicity. He said Foran Glennon Palandech Ponzi & Rudloff was a limited company or ‘professional services company’, rather than a traditional partnership.

“Given that there is a single legal entity in the USA, rather than some or all of the US partners becoming partners in the UK LLP, the easiest way was to make the US company a corporate member of the LLP. If you have a corporate member, you have to be an ABS.”

Mr Cleary said the US firm was the majority shareholder in Foran Glennon UK, with the two London partners having minority stakes.

He said the advantages of ABS status might not be as “immediately obvious” for large corporate law firms as for specialist practices with all the “add-on requirements”, such as forensic accountancy.

However, he predicted that the UK legal services market “is going to change and it is going to become more corporate”.

Legal Futures revealed earlier this year that Cahill Gordon & Reindel, had become the first US firm to set up an alternative business structure in the UK.