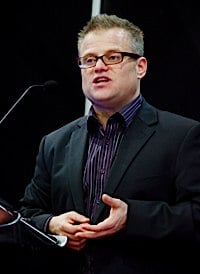 An eviction business that was originally set up as an alternative to solicitors has now become an alternative business structure (ABS) regulated by the Solicitors Regulation Authority to help it stand out against unregulated competition.

Landlord Action, which claims to have been the first service of its type when it was set up in 1999, has acted in over 25,000 evictions since then.

Borne out of frustration with the way solicitors were handling cases, it traded on the fact that it was not a law firm.

Its marketing said: “We’re not like lawyers. Our fees are fixed. And we talk plain English.”

After more than a decade holding an anti-establishment position, Landlord Action has now become part of the establishment, founder Paul Shamplina said.

“The internet is now full of Landlord Action copycats that appear to offer the same service – but are not the same dedicated eviction specialists. We realise that our original idea has spawned an entire internet industry that now endangers the very landlords and agents we set out to protect.”

He said many of these services do not use legally qualified personnel to do the work. “Some are just a lone operator with a mobile phone. By getting the landlord to issue at court, they don’t carry any responsibility and can leave the agent and landlord exposed when things go wrong.”

Landlord Action initially used external solicitors to review every case, issue at court and brief advocates, but decided last year that it did not have enough control over what was going on. It instead began talking to north-west London law firm The Law Department to handle all the work on a white-labelled basis.

However, the firm’s principal, and the ABS’s head of legal practice, Justin Selig, told Legal Futures that “I decided to buy into the business because I liked it so much”.

Before becoming an ABS, all legal work was done through The Law Department but Landlord Action can now run cases in its own name. The company – which only represents landlords and agents – employs two solicitors and three paralegals.

Mr Shamplina said: “We set out to protect landlords and agents. But we ended up creating a whole sector that doesn’t care enough. We’re part of the letting community and we’re dedicated to providing landlord and agents a high-quality specialist service dedicated to their specific needs. Whatever we can do to improve that, we will.”